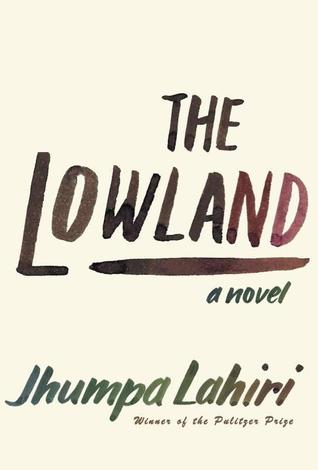 At the beginning of this year, I had a transcendent experience.

Dark night, reading into it, I finished The Lowland by Jhumpa Lahiri and rolled over in bed, my arm around the book, holding it close.

It’s been a long time since I’ve felt such a strong connection to a novel, this feeling like I had fused with it, like I had so fully entered the story, the characters’ internal, unsentimental lives, that it was my story as well.

It was an intense experience and I’ve wondered about it for weeks, through a few other novels which I enjoyed and, in some cases, thought brilliant, but which simply didn’t connect with me in the same profound way.

Something tweaked in me when I read an interview with the writer Trevor Corkum recently on Echolocation, where he says:

We were speaking in another forum about the idea of the ‘soul’ or ‘life force’ that some writers are able to work with in their writing–the idea that each character contains a certain indelible energy that takes shape in human form, and that in a piece of writing, the writer understands how that particular energy force/soul interacts and engages with the wider, mysterious world.

When we travel, when we meet people, we mysteriously connect with some places, some individuals more than others. Whatever energy Lahiri infused into this novel, into each of its characters, whether consciously or unconsciously, felt to me, in the deepest core of my being, true.

And this isn’t to say that I don’t have my list of other books I’ve embraced after finishing – Life After Life by Kate Atkinson was one, as was Lynn Coady’s The Antagonist and Karen Joy Fowler’s We Are All Completely Beside Ourselves and Where the Red Fern Grows (when I was a kid) and many more.

But The Lowland hit me especially deeply, so upon ending the book I truly felt like I had wandered into a living, fully realized world and now had to leave. When I read the last word and closed the covers it was like I was returning from a particularly intense and meaningful trip, one that had changed my life.

Maybe this is because I was grieving when I read it; or because it so delicately and truthfully deals with death and tragedy and the traumatic, life-altering impact of each. Because it addresses human frailty without judgement. Because the writing itself – the imagery, the description – is so beautiful and slow, drawing one into its density in a way that’s like floating into a living marsh.

All of this is true.

And this, of course, is what we writers reach for. To create the deepest possible sense of a place, a time, our created people. And to go further: infuse our stories with energy, make them actually live.

Imagine this as your job?

(It’s a good thing we get to wear pajamas whenever we want, and the dog can sleep at our feet – unless he’s up to no good).

Since I’ve been home, I brought these new understandings to the redraft of a story that’s flummoxed me for years. It’s been rejected several times, even though I know there’s something good there, and each time I take another look at it, scrape at the surface, dig for its core, similar to how Trevor Corkum puts it: “[writing short stories] feels sometimes like some kind of dark art or wooing—you have to listen very carefully, trust your intuition, know when to push, when to hold back, when to coax or whisper sweetly, when to beg forgiveness, when to let things lie. It’s a lot like being in a relationship.”

I realized that the story needed love. It needed vulnerability. It needed softness and yearning, actions ruled by the character’s heart not her head, and a serious removal of (the writer’s) quiet judgement.

Once I understood that, I got a whole lot closer to its truth, its character’s truth. I feel that I infused it (her) with a new spirit, with a bit more soul.

And I’m happy to say that it will be published in the months to come, along with two other stories, in Little Fiction, The New Quarterly, and Taddle Creek. I’ll keep you posted.