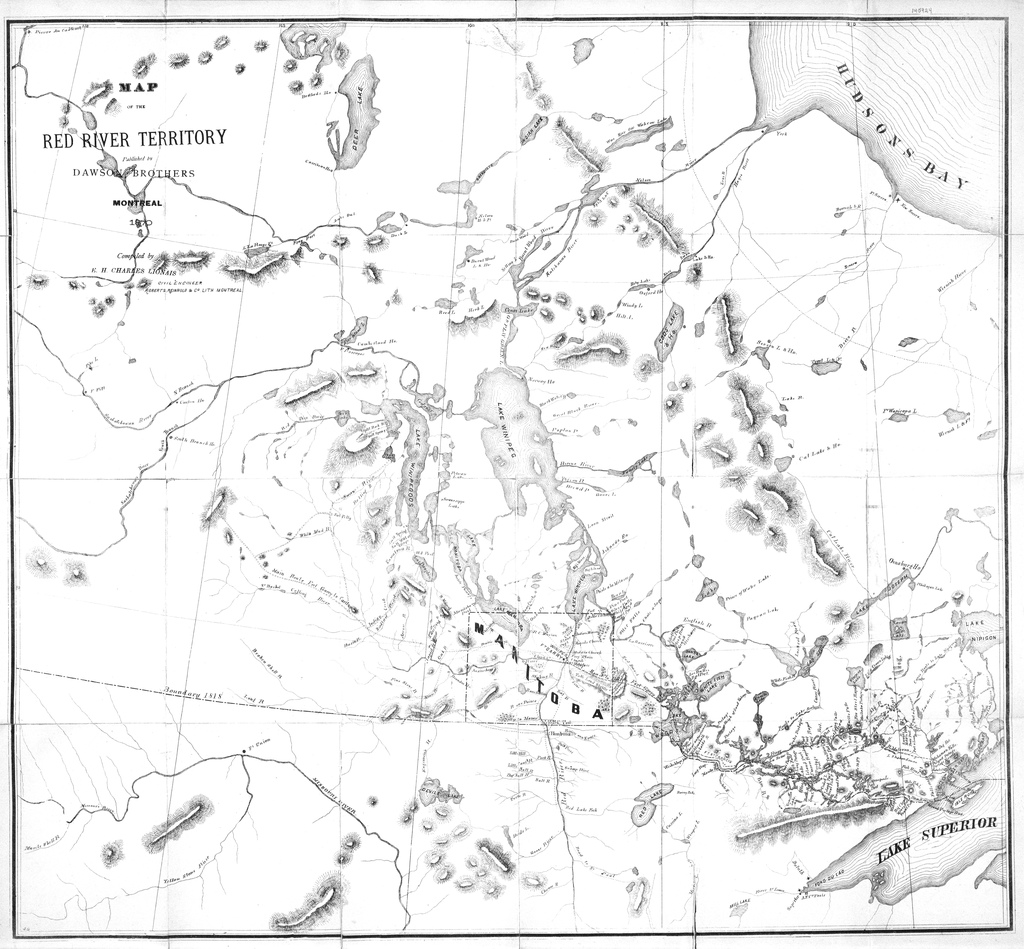 I heard the wolves this morning.

At 5 a.m., the sky studded with quartz flakes of stars, the snow creaking into the cold night. I’d just come in from letting Mowat out and heard them when I climbed back into bed. An eerie far-off howling that accentuated the silence.

I’ve been thinking lately about the ruggedness of this place, the remoteness, and the history of the colonization of all this space…

Yesterday, to celebrate my first Louis Riel Day, I started reading Joseph Boyden’s biography of Louis Riel and Gabriel Dumont. I vaguely remember going through the history in grade-school classes but not enough that it actually, you know, stuck. I was schooled in Ontario, after all: the province that sent the surveyors, settlers, politicians, and overseers who tried to put Riel in his place.

And I’d never heard of Gabriel Dumont before. From reading the history, I’ve been able to see how these two Metis men really straddled that split between the land as it was and what we now know as Manitoba. The “wild” west and the new world, divided by railroad, the depletion of the buffalo, white settlement.

For those who don’t know, here’s a wee summary:

After Rupert’s Land – the land which the Hudson Bay Company claimed ownership of for two hundred years, starting in 1670 – was purchased by the Canadian Government in 1869, government surveyors arrived to divide and sell off the territory.

Riel, fighting for Metis who’d been living on the land for generations, sent back the surveyors, set up a militia, and took possession of Fort Garry (the Hudson Bay Company trading post that’s now Winnipeg). This would become the Red River Rebellion, the first of Riel’s battles with John A. Macdonald and the Canadian government in Ottawa.

An educated man, Riel knew that he could not stop the tide of nation-building and instead lobbied to secure the rights of the Metis. It was through this effort that Manitoba was born.

Writes Boyden: “…on May 12, 1870, after direct talks between John A. Macdonald and Metis representatives, the Manitoba Act [drafted by Riel] becomes a reality. Metis grievances are heard, their list of rights is deemed realistic and acceptable, and on July 15, Manitoba is admitted into the Canadian Confederation.”

The new province was small, made up of the Red River settlement and surrounding area. A tiny box abutting the U.S. border with The Pas far, far to the north. The Act which made it a province ensured that the Metis would receive title to the lands they farmed (yeah, right…) The battles, of course, did not end there.

Riel went into exile in the northwestern United States, a bounty on his head for his role in the execution of a prisoner named Thomas Scott during the Red River Rebellion. Fourteen years later, Gabriel Dumont would make the journey to Montana to bring him home to lead the Northwest Rebellion in Saskatchewan, where the Metis had retreated from the swelling tide of settlers and where the native people were starving with the near total elimination of the buffalo herds.

The story is big. Too big to summarize. Many men died at those second battles. Riel believed himself a prophet. It’s all part of a narrative that makes up the western stories I think about when the wolves howl over this large, dark land.