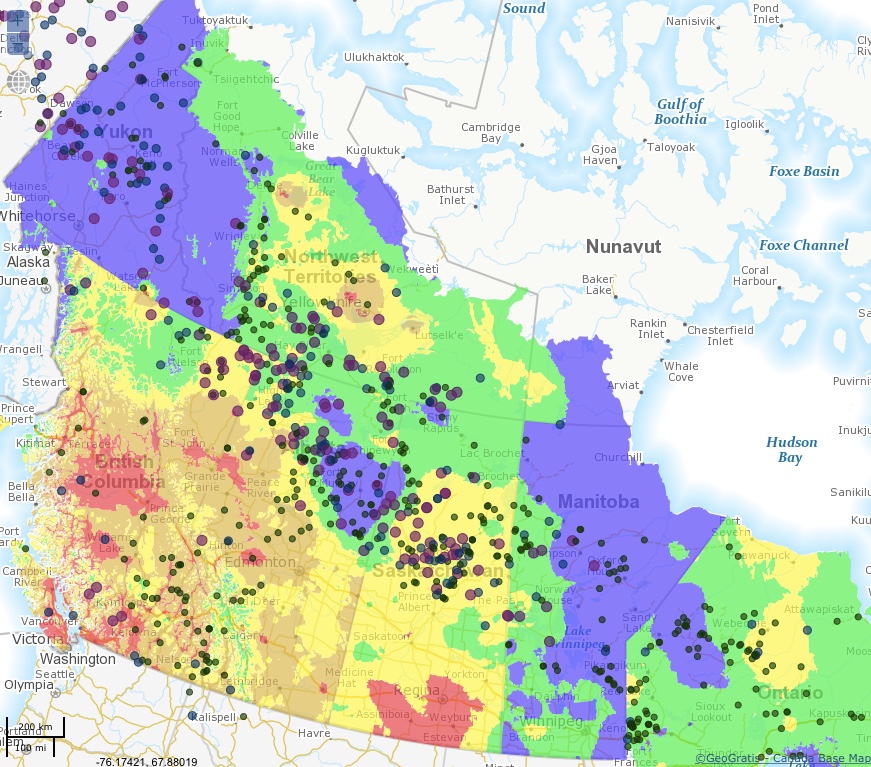 My husband is reading The Road. You know, the post-apocalyptic Cormac McCarthy novel where the world is blanketed in ash and everything is burnt or burning.

It’s a fitting setting for the situation in Western Canada this summer. To the south of us, 30-some kilometres away, a fire is burning, which a friend of mine told me the other days has recently become a “project fire,” meaning the crews have now set up a camp to fight it from the air. To the west of us, 13,000 people have been evacuated from the La Ronge area, north of Prince Albert, Saskatchewan, and fires burn on in B.C. and Alberta. Today, the news is saying these flaming beasts could keep raging until the autumn.

Some days our local forecast is one word: Smoke.

We sleep with our window closed, a fan on, our air filter blasting. During the day – not every day, but a lot of them – the smoke saturates the air, giving us headaches, darkening the sky so the birds stop singing. Even the dog seems anxious. Not that I’m complaining. It’s tough, but it’s absolutely nothing, nada, zilch, compared to those caught up in the biggest evacuation effort ever in Saskatchewan’s history.

Anyway, we’re not actually there anymore. We’ve come south. Yesterday we drove through the drifting smoke along Highway 60, north of Lake Winnipegosis, before turning onto Highway 6. Early tomorrow morning, we’re heading east into the cool weather of Ontario’s disappointing summer (a relief for anyone west of the Manitoba border) to go to my step-dad‘s memorial this weekend. My mother has planned a grand send-off for him – the orchestra for which he played flute will make music under the tall red pines, we’ll raise a toast of dark beer in his honour.

I remember after my uncle died, watching the way the world changed and wondering what he would think about it. It seemed like he’d missed out. Obama becoming president would have thrilled him, a life-long democrat who couldn’t ever vote because he retained his Canadian citizenship through all the years he spent in the States.

I’m thinking the same about Ulrich.

But it is what it is. Death, I mean, and the way life has its way with you when you’re busy making other plans. I’m sure all those people living up north, out west, didn’t intend to spend the summer watching and waiting to see if their homes turned to ash.

Strange, it is, how fire has marked Ulrich’s passing. The burning-down of the crematorium while his body was there, and now the raging of these forest fires across the west as we gather to celebrate his life and come to terms, together, with his absence.

My sincere hope – apart from everyone’s hope: that rain comes, that the weather changes, that the flames die – is, as the fires destroy housing throughout Treaty 6 lands, that the provincial and federal governments deal with the situation better than they did with the 2011 First Nation flood evacuees in Manitoba.

But that’s to come. There’s a hot, destructive summer to get through yet, the shifting of the world into a future, we all hope, we should all work towards, without so much fire and smoke.