The Only Way Out Is Through 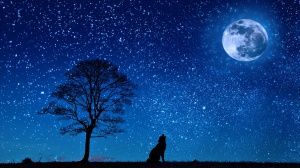 In the spare room, I’ve kept a sort of vigil – reading, thinking, crying, making lists of things I have to do, trying to make plans.

If I’m lucky, I’ll write. On Saturday night, I re-wrote the whole plot line of my current novel-in-progress, re-examining the relevance of each chapter and how the character’s actions in each scene feed into the next.

But, to be honest, these nights don’t seem to be about writing.

They seem to be more about grief.

Dreams wake me, and up gurgles all the things I’m trying not to think about during the day.

Writing isn’t really helping that much, except as a distraction. Not like it did. In the early days, weeks, months after Tim’s death, it helped a lot. It became my main resilience. I wrote his eulogy and then, when I went back home to The Pas, I sank down into the novel I was writing at the time (which will be out in 2019, but the official announcement has yet to be made).

It’s about siblings coming to terms with trauma, finding a path to one another after a terrible event blows their family apart. I dreamt about Tim a lot back then, and sometimes it really felt like he was with me.

I suppose, these days, I’ve lapsed into a bit of an existential state. Those dreaded words – what’s the point? – echoing through my mind at 4 a.m., as the coyotes yip and holler in the neighbouring fields.

But then, deep in the night, night before last, I realized (I remembered): the only way out is through.

I’ve thought this a lot regarding writing.

In the midst of a hard re-write that’s testing me, that’s just asking to be abandoned, I understand that the only recourse is to not just keep showing up but to show up deeply, to go to the work with an acknowledgement of all that fear (can I do it?) and vulnerability.

Then, I know I need to take myself by the hand, lead myself bravely towards the difficult challenge of re-writing that painful scene, of attempting to achieve the seemingly impossible emotional verisimilitude, of facing the work that’s causing me to grow.

The only recourse is, as clearly as I possibly can, to tell the truth.

This is, after all, the writer’s calling. To tell a truth that will hopefully echo with other humans. That will, however briefly, cast an illuminating light.

Next week is my brother’s birthday. He would have been 52.

I suppose, during these long nights, in some way, I’ve been sitting with him. That happened the night he died. I woke up and went to the living room, a deep peace washing over me as I sat on the couch and stared into the dark, sensing in my body what was coming but numb to it.

The only way out (by which I mean ease, acceptance, and not getting over it) is through.

Through a place I’ve never been before, where my current writing does not feel primary, where I’m still not sure what is, where my hands seem to want only to flip the pages of other people’s books, knit, type emails to old friends, paint over the ugly walls in my house.

I know what I would tell a client.

Trust it. Let it be. Loosen up. Go to the work when it calls.

Figure out the difference between procrastination and resistance due to fear and the natural need for rest, contemplation, mourning.

Feed yourself with art, with creative fun.

Get some help (yes, yes, that box is checked, my friends).

To this end, I’m going to pull back a bit on my blog, writing only a couple times a month. I’m going to focus on my muddle through this time that’s calling me to turn my focus inward for a spell.

Now, what about you? How have life-quaking events impacted your writer or artist self? What surprising journey did they send you on?

P.S. I will still send out reminders for office hours (if you’re a subscriber), and I’d truly love to see you there and hear about you and your creative work (don’t worry ~ in person, I’m not quite as intense 🙂 ). Last weekend, the launch, I spent an enriching hour talking books, publication, social media and resistance in all its definitions with writers from nearby Selkirk to Syria and in between.