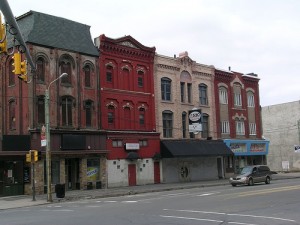 It’s grim, a friend said to me the other day. She didn’t mean it in a bad way. She’s a person who isn’t afraid of darkness in her fiction but, even still, I cringed a little bit.

That’s nothing new. Since Swarm has been out I’ve found myself feeling a tad insecure about the austerity of the book (even though, as I constantly tell people, it’s ultimately hopeful).

I’ve found myself wondering if I couldn’t have made Marvin crack a few jokes or Sandy giggle a bit more at the ludicrousness of her situation.  But the picture of a collapsing economy and a stuttering life of subsistance is not one that inspires a lot of laughs. And while comedy, of course, wasn’t at all what I was going for neither was outright pessimism. Rather I was aiming to be true.

Yesterday afternoon I was reminded of this when I stumbled across a 2012 article by Chris Hedges, a cultural critic and thinker who I originally discovered somewhere in the midst of my work on the novel and immediately loved for his laser analysis of American ethics and blindness. There’s this fantastic video where he rips his mic off during a CBC interview after Kevin O’Leary calls him a nutbar and sneers at him during a discussion of the Occupy movement… But I digress…

In A Metaphor for America, published in The Walrus, he and photographer Alan Chin pay a visit to Scranton, Pennsylvania, the city made famous by the long-running television show The Office. From the sounds of things, Dunder Mifflin has likely long been shuttered and even Michael Scott, manager extraordinaire, is probably looking impossibly for work, his famous goofy humour flattened by stress.

Abandoned factories, rampant unemployment, city workers (including the mayor) who reduced their salaries to minimum wage in order to address a $700,000 shortfall in the municipal coffers, are all features of the city. Meanwhile, a salvage company called Olde Good Things picks through the mahogany fireplace mantels and decorative iron from heritage buildings facing demolition, built in wealthier days by factory owners and coal barons.

It’s familiar to me; these features are reminiscent of the world I worked to create in Swarm, believeing, as Hedges writes, that “there is no way to mask this harsh reality with happy talk and illusions.” I picked through newspaper stories to find features of collapse: funeral homes filling with bodies their families couldn’t afford to bury, houses full of furniture abandoned by people defaulting on their mortgages. Things that happened to be happening. Depressing, yes, but also true.

Some people might not want to look at this reality (an issue Hedges writes about in his other works) either in the news or a work of fiction but that doesn’t mean it doesn’t exist. If Scranton is anything to go by, we’re watching America, as Hedges puts it, “circle the drain.”