the city of molotov cocktails 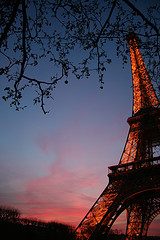 And as the rioting continues in Paris, I listen to a politician from the right-wing French National Assembly saying things like “tribalism” and “racism against French culture” and “it’s easier to make a living through drugs” on a CBC radio interview.

It’s not an economic issue, he says, dismissing any claims that this outpouring of rage and such a violent and hopeless attempt at change has anything to do with high unemployment among teenagers and widespread poverty and the alienation that many immigrants face.

A lot of other people, of course, are saying that this is exactly where the problems start.

Even former president Jacques Chirac, after the last wave of rioting in 2005 (also sparked by the accidental deaths of two teenagers) came out and admitted the obvious inequities.

“There is a need to respond strongly and rapidly to the undeniable problems faced by many residents of underprivileged neighborhoods around our city,” he said to the media.

At that time, Nicolas Sarkozy, now the country’s president, took a tough stand, asking for the deportation of “foreigners” (I guess he meant immigrants) involved in the riots.

As experts argue, policeman and teenagers continue the war, with many falling from injuries. And this whole thing is nothing new.

This summer, I spent some time in Benton Harbor, Michigan, a former industrial town that saw their factories leave and unemployment rise. In 2003, when a kid on a motorcycle was killed in a police chase (sound familiar?), the remorse and rage drove rioters out into the street.

Thanks to grants and the immense commitment of both locals and outside parties, Benton Harbor is being revitalized. Three galleries and open studios have opened up, as well as a glass school that offers lessons to young people at risk of being sucked into the downward spiral of poverty.

The answers are not easy, but they begin in the same place: an acknowledgment of the humanity of those driven to such extreme action and a condemnation of violence. Physical violence, yes, but also the violence of a system that abandons those who need help the most.