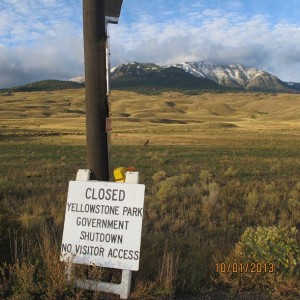 So here we are.  One reading into my book tour and the U.S. government has shut down, sending nearly a million federal workers on furlough and risking the stability of the whole house of cards.

By the last day of my tour in Ontario – October 17th, the day I head back to The Pas – the country will hit their debt ceiling deadline.

Missing this would mean, according to the Globe and Mail, that “the Treasury would be unable to pay the government’s bills, constituting a default. The U.S.’s borrowing costs could rise and the uncertainty could crush the stock markets. It would be a body blow to the economy just as it’s finding its feet.”

Of course, there are deep politics involved: the rabid positioning of the Tea Party, radically opposed to Obamacare, the incredible complexity of the 2,000 page long bill. Racism, fundamentalism, all kind of “ism-s” flourishing in an economy in contraction.

All of this would have happened when Sandy, the main character of my novel Swarm, was sixteen years old. A few years later and her city is crumbling – public transportation parred down, police officers laid off, city services privatized by those with money (in one case, a bank). People are protesting, squatting, scraping by, creating soup kitchens, growing gardens, trying to find new jobs after theirs disappear.

While a dystopian novel, Swarm has always been grounded in the world around us. Turn to page nine, after Sandy’s laid off, and you’ll see what I mean. All those details – “…mob robberies, gas prices through the roof. Families couldn’t afford to bury their dead so the morgues and funeral homes filled up with bodies. On the Internet I’d seen mountain lions lounging beside an algae-filled pool in an abandoned suburb down south” – were plucked from the pages of the newspaper.

Recently the book has been labelled as Science Fiction. But it is so not that. With what we’re seeing these days, it’s easy to imagine the tip of the piled cards that could make my imagined reality come true.