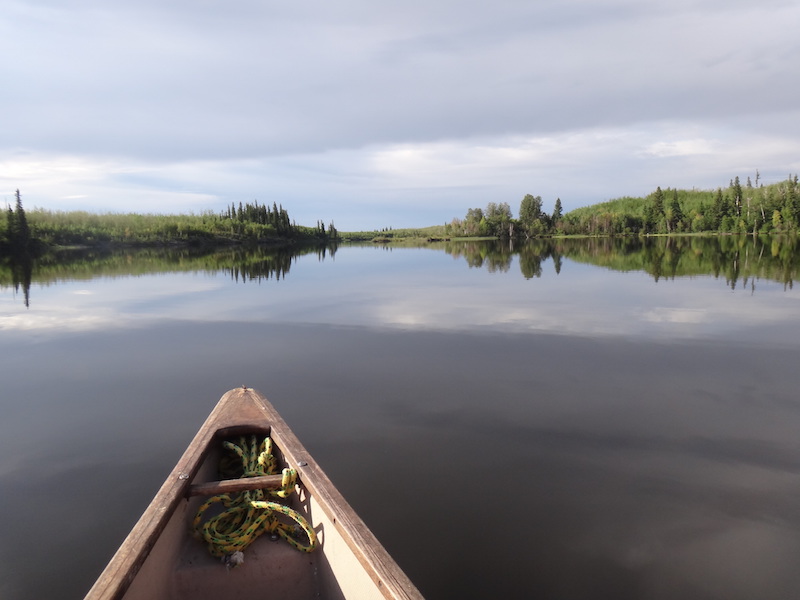 Last week, in the woods, I became reacquainted with my brain. I remembered who I am.

The paddling was tough. Every time we hit a lake, the wind bore down like a creature, pushing two-foot waves at us, and we had long distances to cover. There were whole days of paddling, when my shoulders smarted but there was nothing to do but keep cutting into the water. The only way out was through.

There wasn’t a lot of time – as I wrote about last week – for lolling about in the hammock, for reading, writing, knitting. Instead, we worked. We paddled, set up and took down camp, fetched and treated water, made food. And while we worked, within the immense silence of the wilderness, I felt my mind slough off the tight constraints of the ‘Net, the Web.

To be honest, I haven’t been very happy lately. I’ve been feeling estranged from my writer-self, distanced from my practice, over-worked and too often wondering what’s the point? I’ve found myself scrolling through my gallery of Facebook friends looking for a sense of belonging but instead feeling alienated and disconnected.

Out there, for the first couple days, I felt inclined to snap photographs in order to bring them home and lay it all out there, my experience, give it away. Look at how cool I am, they’d say: here’s my hand next to a bear’s paw print in the mud, a gorgeous sunset on the glassy river. Remember, I said to J. one evening as he got a fire going to make food, when we used to pick up our cameras because we were struck by beauty? I stopped taking pictures then, until I remembered that feeling, until, a few days in, it came back.

Do you know what else came back?

I am a writer, I remembered, because my mind – when it’s free, when it’s left alone, when I stop vigorously pointing it places, pushing it through the electronic portal of the computer screen, making it multi-task – automatically starts to write. The first night, after travelling across rough Simonhouse Lake and into a calm channel to camp, I bolted awake in the tent with a poem unscrolling itself in my head. Kneeling in the bow, digging at the choppy surf, my brain began writing the story of our adventures.

This is how I’ve always been: filling the long summer days and after-school afternoons of my childhood riding my bike to the beach, wandering its length, daydreaming, letting my brain do its thing. 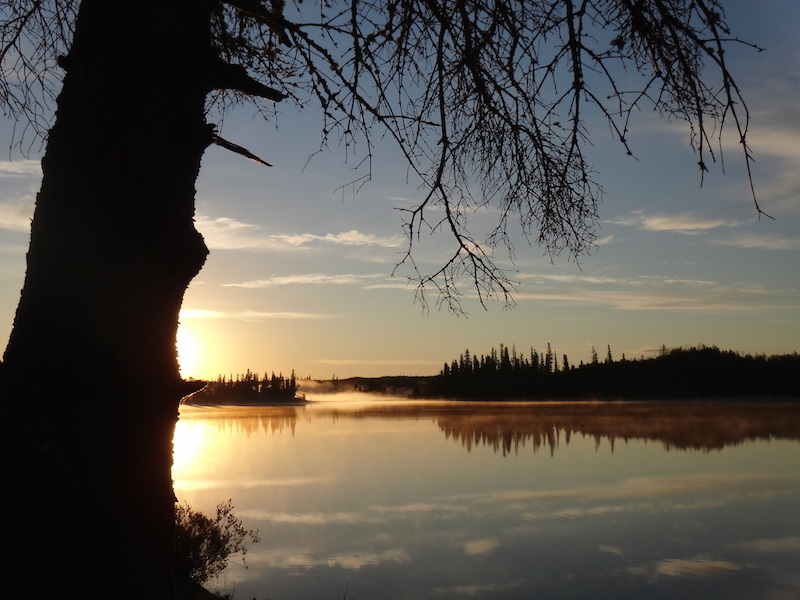 And this, to be honest, hasn’t happened in awhile.

Partly because it’s summer, when my routine gets all wonky, but mostly, I think, because I’ve been too often sacrificing the slower, deeper, quieter reality of regular life for the online realm and, in particular, social media. It’s exhausting me, I realize, to so often enter that busy, chatty virtual space, put myself up for public consumption, attend to the onslaught of news.

Out in the woods, I felt like I had a Facebook hangover. Never again, I thought. I fantasized about crazy shit: cancelling my Internet, closing my social media accounts, leaving – as J.D. Salinger did – the public eye entirely to write and meditate alone in the forest. Because aren’t these similar impulses, I thought. Aren’t we all, in a way, grappling with the experience of our own “fame,” our public personas, that sense of being always accountable?

Back home now, I have not disconnected. I’ve messaged a couple people on Facebook; I’ve looked at a few photos; I’ve commented on a couple posts. But I’ve become a glancer – in and out – and I also chose, on J.’s and my recent wedding anniversary, to not say a thing about it, to focus on us instead, our memories, our marriage, rather than all those potential ‘likes.’

And this weekend, J. and I will be starting something a wee bit scary.

Inspired by accounts of Silicon Valley employees in Pico Iyer’s short book The Art of Stillness which we read on our trip (and which accompanies his TED talk), we’ll be shutting down the Internet for one day a week.

It will be a kind of Sabbath, a day of rest, a chance to recall the feeling of slow time, private space, to get reacquainted with a reality that’s larger and deeper than the one we’ve come to think is so important.

There will be knitting, reading, soup-making, bike-riding, phone conversations with long-lost friends and, of course, plenty of day-dreaming to allow my mind to drift me to my notebook, to help me remember who I am.

Try this (added 02/15/18): Scroll down to the comments and write, please, to tell me how social media has affected your deepest, creative self – and then, if you’re ready to take in the sobering, scary news about smartphones, social media, and your brain, go here, and read this excellent article about everything we know so far (I cried when I read it).