Last July, Jason and I spent some time hiking in hundred degree heat in southern Utah.

It wasn’t just to get away. Nor was it an exercise in self-flagellation. Like Gary Ferguson, the writer of Outbound, a poignant and lovely essay I recently discovered in the Summer issue of Camas, the University of Montana’s lit journal, we went to remember someone. 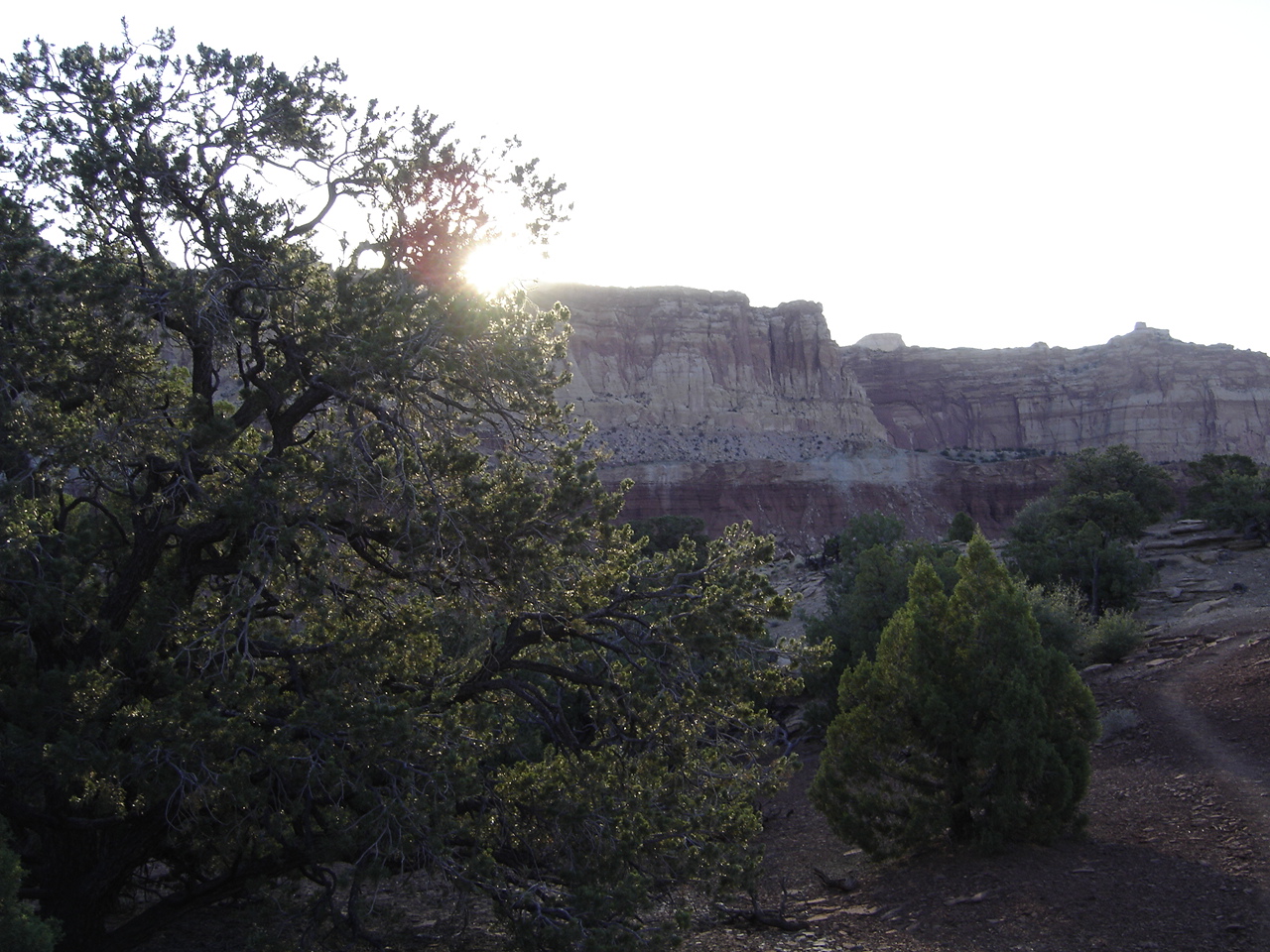 The experience of wandering the red rock canyons and watching “the sun lighting clusters of rabbitbrush and Apache plume” in Capitol Reef National Park came back to me as I read this essay. So did the feeling of grief which left me seated on a small island in the creek that ran through our campsite up on Boulder Mountain, crying for my uncle until I heard in my head what he would say: get up, live your life!

Somehow I feel connected to Mr. Ferguson. Apart from our taking a similar trip for similar reasons, there’s also the fact that I grew up in the “dark woods of Northern Ontario,” where he lost his wife.

He’s also a very good writer. One that brings two kinds of terrain to life: that which hosts its ‘huddles of juniper’, the other which dwells within.