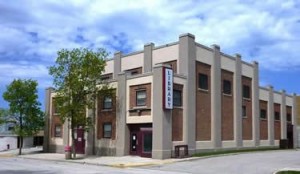 On the last Monday of my Writer-in-Residence gig in The Pas, I got locked inside the library. Not the part with all the books, but the back room, what’s called the Annex.

In that space, under the humming lights, with tea made in the staff kitchen, with the sounds of snow-machines flying by on the river next door, I’d been leading writing workshops and writing circles in my four-month role as Writer-in-Residence, funded by the Manitoba Arts Council.

It was the last night of my adult writing group. I stood by the window beside the back door and waited for somebody to show up and once she did, I shouted through the glass that she needed to call the person who had the keys, and so she did and we laughed about it.

I had forgotten my own keys, as well as my cell phone, and in those moments, while I’d been waiting for her to come, I’d felt, to be truthful, absolutely unprepared and vulnerable and a little bit trapped.

And isn’t this a good metaphor, I realize now, looking back.

For one, this is often the way I feel in the middle of a writing project, especially the complicated novel I’m currently working on. In between those moments of elation, when the writing soars, when it’s just exactly right, there’s the feeling of confusion as I work to identify plot direction, motivation, all that crafty construction that holds together the web of wiring, the shimmering insulation of those fundamental truths.

The answer I keep coming to is: Get out of your own way. Let yourself stay stuck. Sit there, waiting, sipping your cup of tea. Feel what your feeling. Then write, and dig down deep, be vulnerable.

For weeks, in my writing circles, I pointed to the same advice from Natalie Goldberg, that was on a hand-out I’d passed around at the beginning of our time together:

Go for the jugular. If something scary comes up, go for it. That’s where the energy is. Otherwise, you’ll spend all your time writing around whatever makes you nervous. It will probably be abstract, bland writing because you’re avoiding the truth. Hemingway said, “Write hard and clear about what hurts.” Don’t avoid it. It has all the energy. Don’t worry, no one ever died of it. You might cry or laugh, but not die.

And I think they must have heeded this, because the writing was good. Damn good, sometimes, so good that a hush would fall over the group and we’d take a minute to find our way back out of the world the writer had built, to the consideration of what it was that was so good, what it was we really liked, which is the deceptively simple brilliance of the Amherst Writers and Artists workshop method.

But, of course, being locked in like that was also a sort of life lesson.

Everything I’ve said about getting out of your own way also applies to grieving. How could I know, sipping a cup of tea to calm down, shut inside that room, that my step-dad would die the very next day and that life would change so irrevocably and that, yeah, I’d be feeling pretty vulnerable, pretty trapped, and that I’d have to let it all happen, without any control.

The one thing I regret about the frazzled end of my term as Writer-in-Residence (racing out of The Pas to get home to Ontario a couple days after that last Monday night) is that I didn’t get to meet my young writers for our final session.

Teaching them, talking with them, writing with them, was one of the best things about my position as W-in-R. They leaped in, they took strange turns, they wrote bravely about being scared and about vivid colour with evocative names and magical amulets and a match-stick that was actually a person with a very fiery head.

They reminded me of that thing you think when you’re young: that you aren’t at all trapped, you’re never trapped, that life is a wide open door, that there are always magical possibilities. There’s gold in them thar hills! Maybe this is true. Maybe it’s not. But it can be true. As writers, we can make it true. We can stuff that stone full of gold; we can weave the threads down deep.

I’m happy to say that that back door is now new, so you will definitely not be locked in should you be chosen as our next W-in-R, to fill the term from May 15-June 30th 2016 (a great time to visit The Pas, with sunsets at 11 pm and pelicans coming north for the summer). The deadline application is Feb 20th. Go here for more details, including how to apply.