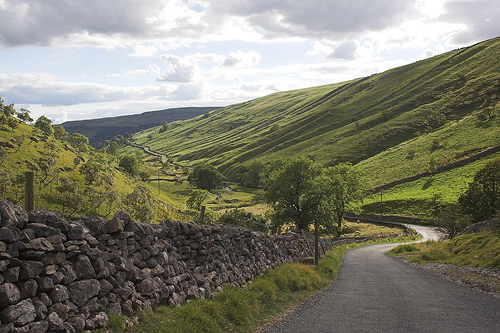 Thanks to T.S Eliot, everyone calls April the cruelest month… Well, maybe in England.

Maybe in England April is all about soggy skies and flaccid flowers but here, in Central Ontario, April is more about, um, Hope, Sun, and, ultimately, The Big Melt.

In fact, I can’t wait for April.

In this neck of the woods, March is, in fact, the cruelest month. Or at least one of them.

It makes perfect sense that it’s named after the God of War. Just when you start sniffing some odour of spring in the cool air, WHAM, the weather turns and things like this weekend happen – double-digit metric measurements of snow dumped on the landscape. A sneak attack, an invasion.

And today it’s freezing cold; the alarmingly tall snowbanks are frozen into fortresses. Walking home from the library the other day, J. and I tried to kick one over. No luck. It was solid, like stone, and our feet smashed against its hardness as if we were kicking at a mountain. They’re all over the place now – these solid sentries narrowing the streets, standing like obstacles to anyone in a comparably midget car trying to peek around the corner to see if anyone is coming.

The only remedy for all this is either to Get the Hell Out, a prescription that requires available funds which, unfortunately, are all being consumed by the sky-rocketing cost of the oil fuel that heats our house. Or, two, Daydreaming. (I know I’ve written about this before but that’s because I’m a writer who lives in the snowy part of Canada…)

As a kid, growing up in Blind River, I mastered this art while standing on the silent beach, my body wrapped mummy-style in scarves and other woolen clothing items, staring out at Lake Huron and imaging it was the Mediterranean, the Dead Sea, the Red Sea, any sort of ocean that promised the slightest inkling of Exotic Warmth.

My fantasies have changed a bit. These days, while J. plans every detail of the week-long solo canoe trip he’ll be embarking on this summer, I’ve been stuck in England. He moves his fingers along the blue routes of rivers and I flip the pages of a guidebook to walk the Coast-to-Coast Trail or Hadrian’s Wall. It’s the north I want to see – mostly, the Yorkshire Dales in August when the purple heather makes a richly-coloured rug of the landscape. We’ll walk on it all day, returning to cook up some dinner and sip some tea at a home-base a wee bit like this.

It likely won’t happen this year, but that’s okay. A large part of the process is the dreaming. It gives relief from the cold that everyone is complaining about, from the wind that seems extra biting on this last slim bridge towards summer.

Photo of the Yorkshire Dales by Stuart Hamilton