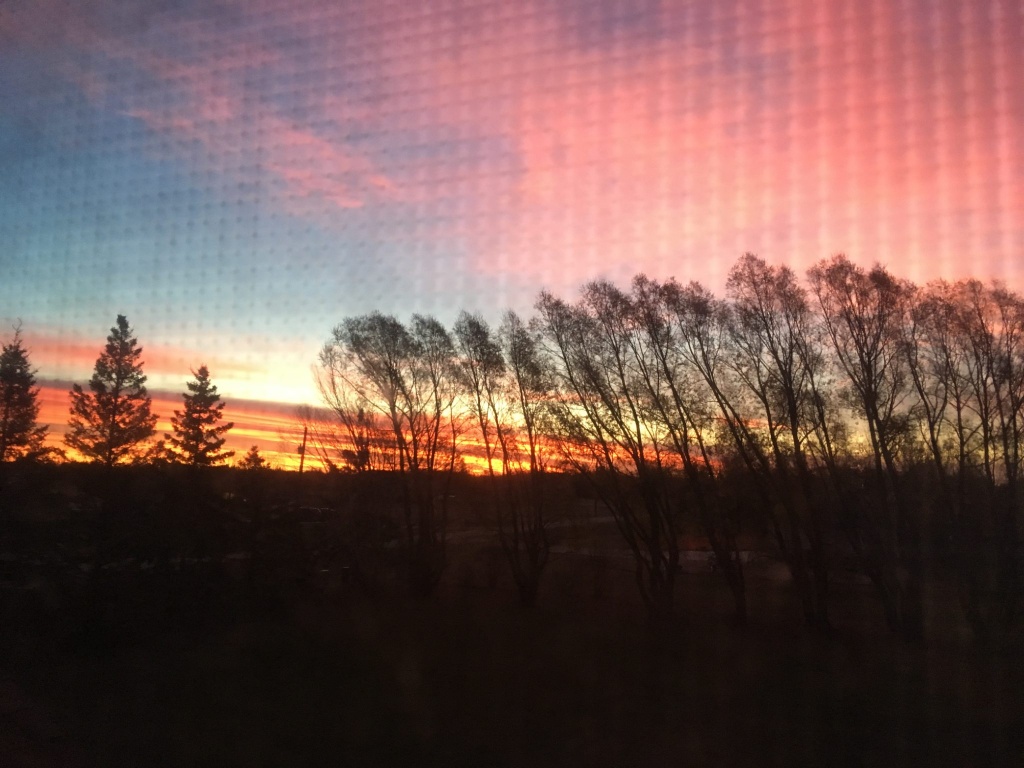 I woke up this morning feeling lucky.

J. brought me coffee in the gorgeous bird-bedecked mug he gave me a couple years ago and told me, Happy birthday.

Whatever I’d been dreaming had left me with a good feeling, I suppose, because that’s what I felt, I felt happy, which, I’ll admit, has been kind-of rare over the last couple years. You know the feeling (I hope): that undefinable sense of contentment, that warmth in the heart.

It’s a thing I want more of so today, turning this significant age (half way, one writer friend of mine defined it as, and it’s at least that, I hope…), I’ve decided to start figuring out how. How to actively work towards that feeling: of fulfilment, of meaning, of contentment.

One way is to answer a couple of dreams.

The first involves other people, and to continue helping them get out of their own way in order to allow their creative selves to sometimes simply start living, other times to thrive.

I’ll admit that this is what I always wanted to do with my brother, and in small ways I tried, recommending once that he go easy on himself, that he start building a path back to his artistic self by just writing for a meagre ten minutes each day.

Because ten minutes isn’t meagre. Ten minutes is effort when you’ve been away from your deepest self for a long time; ten minutes is an accomplishment. It’s a practice. There are words on the page – you’ve done that – and sometimes the short time turns into a longer time if, when you step into the water, you find out it’s warmer than the scary chill you first feared.

So, helping others, supporting others, coaching them towards rediscovering (or deepening or launching) a creative practice feels incredibly meaningful to me – and that’s what I’m going to do more of.

Right now I have two coaching clients and room for more (interested? Check out the details). In November, I’ll be teaching my deep character workshop at the library in Selkirk, MB, and – what I’m super-crazy excited about is the fact that I’m in the process of starting an amazing six-to-eight-week journey to build and launch an online course which will combine writing practice with workshopping with creativity coaching.

Can we say pumped? Because I am! (Stay tuned for more details and if you’re interested in being at the front of the line when I launch this limited enrolment course, definitely shoot me a note at lauren AT laurencarter DOT com and I’ll keep you firmly in the loop).

The second dream is more personal.

Today – it’s my birthday, after all – I’ll be calling a nearby stable to find out exactly how I can start.

Figuring out how to communicate/commune with these huge, sentient beasts has been a fantasy of mine for awhile and the two times I’ve tried haven’t exactly gone very well.

On both occasions, they ignored me and did exactly what they wanted – which was, in one case, to greedily graze the Arizona desert weeds – even leaving our group to find the freshest ones – and in the second, to feast on something a little bit more revolting (that’s a story that usually gets a few laughs and that was also a birthday excursion planned by J.).

It’s not that I want to dominate them, more like work in fellowship, and figure out how to be seen as a cooperative partner, rather than an inconvenience.

When I talked to J. this morning about how I was feeling, he nodded in agreement.

Yes, he said, and then he told me about some kids who’d just arrived at his school from the Sudan where they had been living in a refugee camp for sixteen years. So, yes, he said, and we sipped our coffee, feeling it together, the relative prosperity we enjoy, the sound minds and bodies, the opportunity to follow our dreams. How lucky we are.