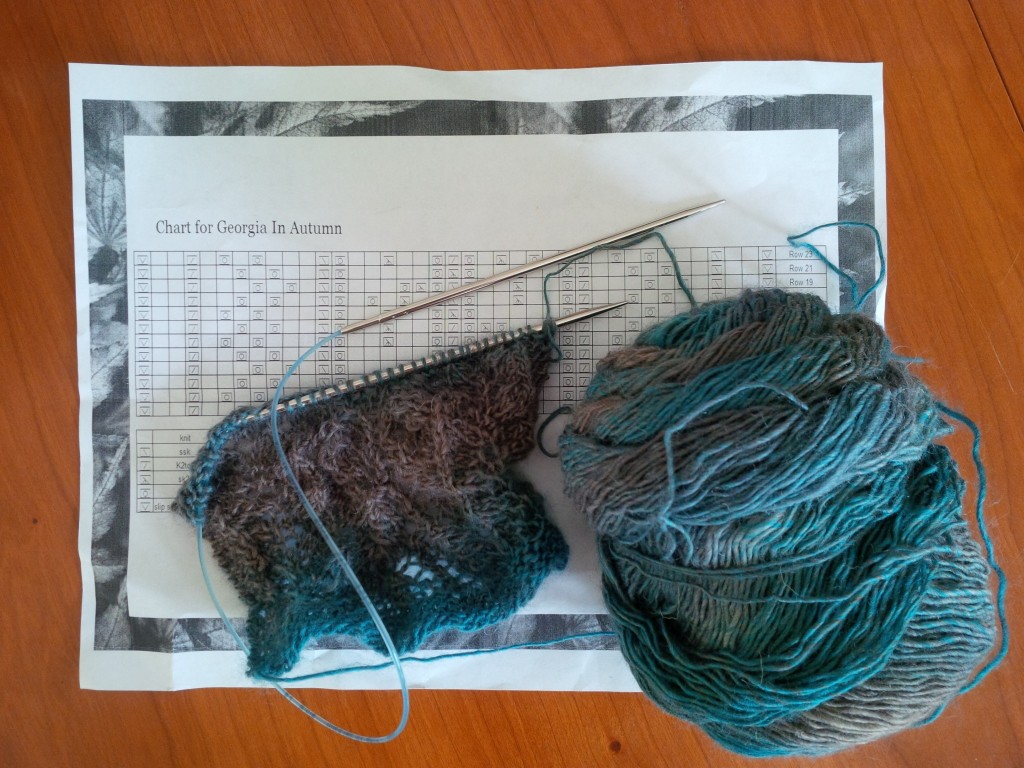 What I’ve got on my needles right now (it’s my first time following a chart).

I thought, after I learned this past April, soon after finishing my first project – a chunky wool cowl riddled with accidental yarn-overs (holes) and with sloping, sloppy edges – that I would become obsessed with socks. Turns out, though, that it’s lace that I love.

Turns out, also, that I’m pretty good at it.

This summer, I finished the first of my lace projects – a scarf made of a gorgeous moss green merino-silk skien I found on sale in Winnipeg, that I knit for the 50th birthday of one of my best friends.

Since then, I’ve knit another scarf, this one as a belated birthday present for my sister-in-law. When I posted that picture on Facebook, my aunt-in-law commented on my seemingly natural skill. 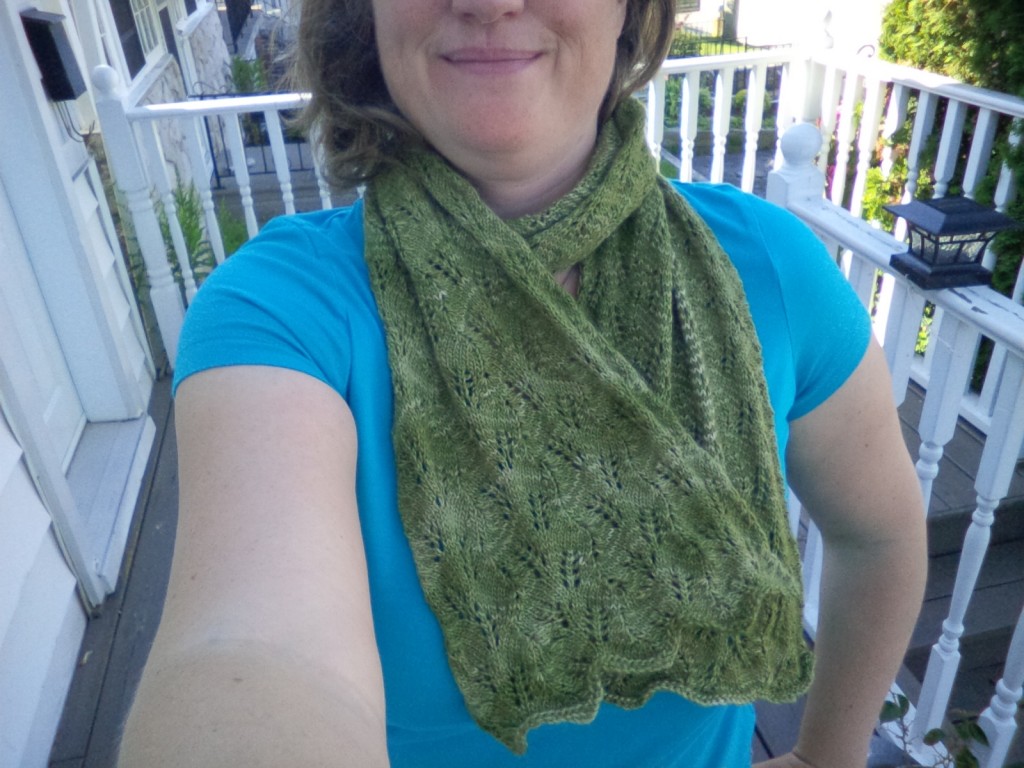 I know, I wrote back. It’s a bit mystifying.

My thinking is that it’s somehow genetic, like I believe writing talent is, in my case.

My uncle was a writer, and my brother creates games (including story/concept design) while also occasionally writing poetry and opinion pieces.

When we were kids, he would often be jotting down poems, and every Christmas I could count on him for collections of Irish folktales or fantasy fiction novels from a series he introduced me to that I came to love (the world of Xanth anyone?).

After initially publishing this post, my aunt wrote to tell me that my paternal grandmother, who died before I was born, was a ferocious knitter. She knit socks in wartime and after the war, she sold them in a dry goods store in a nearby town.

On the other side of my family, my mother is an incredibly talented visual artist, and her mother, my grandmother, was a gifted quilter. Neither of them knit much but there’s something about the attention to detail, the concentration, that is related.

There are similarities to writing, as well, with the architectural construction required, the focus on complicated sentences, instead of tricky stitches (ssk, sk2p, k3tog).

One thing I know for sure: when I pick up the needles, all the tight parts of me relax, any held breath is exhaled. I feel good.

Sometimes, I’ve said to my husband, in the days since April 26th, when I finished the second section of my Learn to Knit class in Calgary, I think about all the years I spent not knitting. I’m only half joking. 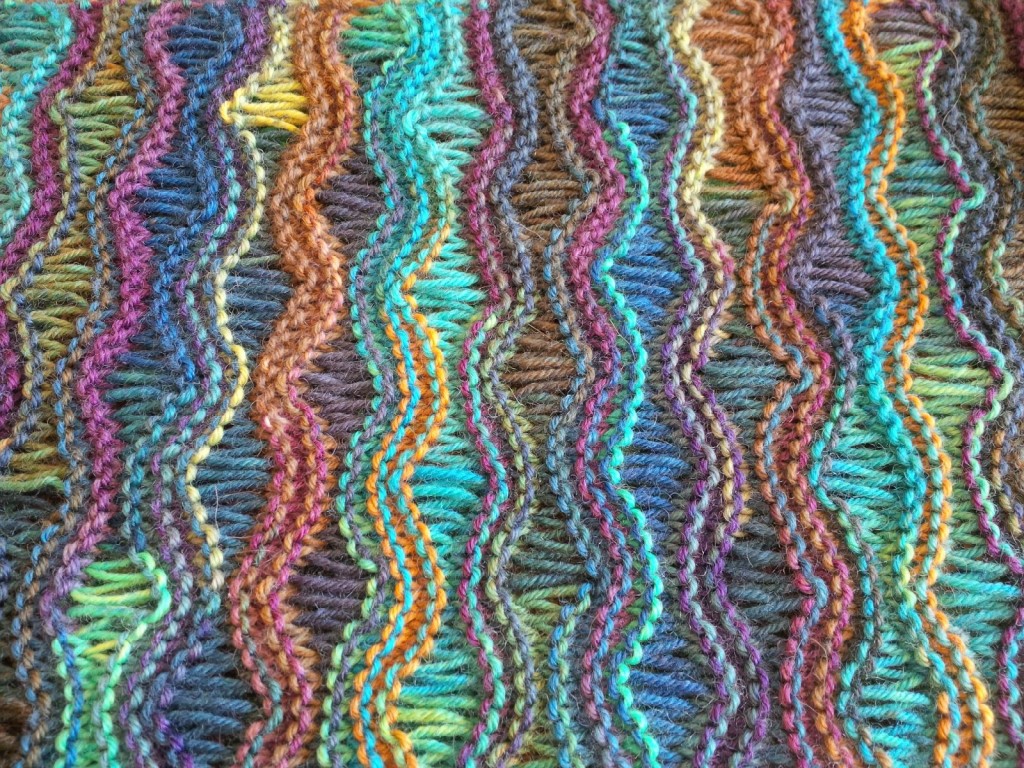 Detail of a scarf I made for my sister-in-law