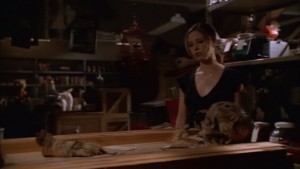 I admit it: I’m procrastinating.

That is what you’d call spending half an hour planning a wedding vow renewal ceremony in Vegas after a deal popped up in my email, right?

Instead of addressing Chapter Thirteen, I’ve picked the hotel (the Mirage, since it looks like it has the best pool, and, um, lounging around in water all day is about all we’d be doing in Vegas, in late August, duh). Once I started thinking about other options – AirBnB adobe houses in the desert, camping near the Grand Canyon, you know, more our style – I gave up.

Not going to happen.

Anyway, the question isn’t this. It’s not what kind of flowers I’d choose for my vow-renewal bouquet or whether or not to rent a limo. The question is: what the hell am I avoiding?

It isn’t that I haven’t written this morning. I did my usual – notebook, draft, and coffee in bed first thing – and finished the rewrite of Chapter Twelve. I am making progress. Still, the draft sits like a concrete block on top of my printer, waiting, waiting, waiting.

I feel uninspired, bored, even cabin-fevered.

The other night I had an interesting dream.

I was in a beautiful resort-like retreat, up in mountains that looked like Killarney, with humps of white granite woven with black and red and orange striations.  Mowat was with me, but I had to leave him in the parking garage, tied to our car (when I went back later I found him lunging on the rope, desperate to fetch tennis balls shot out by an automatic ball-tosser somebody had set up).

I was at this place as the writer-in-residence and when someone asked me what I’d be working on, you know what I said? I’ll be re-writing Swarm, sheepishly, with some level of embarrassment.

I wonder if it’s that I feel like I’m caught in a kind-of revision loop, like that Buffy the Vampire Slayer episode where she has to keep going down into the basement of the magic shop to bring up the mummy hand until she realizes what she has to realize.

Yeah, of course, the writer-of-Swarm part of me says. Remember? Remember what this was like?

Maybe that’s what the dream signalled. There’s this beautiful new view, held at a distance, and alongside it, I have to repeat, repeat, repeat the same story I’ve been telling myself for months. Meanwhile, down in the depths is a tied-up creature, anxious to escape, to run, to move on.

And the thing is the only way out is through.

I know all this so you know what? I’m going to cut myself some slack.

After all, when I’m settled into my early morning writing, dreaming the story deeper as the sun’s pink light smears the poplars on the horizon, I’m not thinking about the restless dog or hotels in Vegas or checking my Facebook.

Instead, I’m immersed, and that, done every day, is what will move me along to an ending, to loosening the leash.