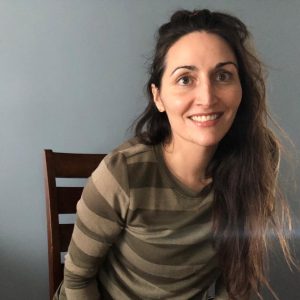 The reason for this long, languishing creation period was simple: I wasn’t writing honestly. Entitled jumptrack—the original incarnation of what is now called Fuse—this novella was my Master’s thesis. Unlike Fuse, jumptrack was fiction. Or rather, it was a fictionalized account of my life. I couldn’t bring myself to write the absolute truth.

I’ve since learned that if you can’t be 100% honest and real and can’t deal with the unpleasant feelings that your writing is bringing up, then you probably shouldn’t be writing. The best writing tackles the tough stuff, in full recognition of the pain and fear and embarrassment that it can cause. On the other side of all this discomfort is a little taste of freedom. As much as any of us will get in this lifetime, anyway.

It should come as no surprise that when I submitted jumptrack to publishers, it was met with lukewarm response. All the publishers said there was something missing. All the publishers said that there was also something there, though, right beneath the surface that made the book interesting. I took that as encouragement and didn’t give up, though I did step away from the book for a year.

During that time, I quit drinking since it had become a major problem in my life. I have a long history of eating disorders, self-harm, and was diagnosed with obsessive-compulsive disorder in my early teens. For about a decade, I’d been using alcohol and abusing my prescription sedatives to help me cope. Obviously, it wasn’t helping. That tiny, squeaky voice inside my gut was telling me it was time to try to get my shit together. By that point, I had three kids under six years old and was one step away from a 12-step program.

No—I promised honesty. I was a few thousand steps beyond a 12-step program. 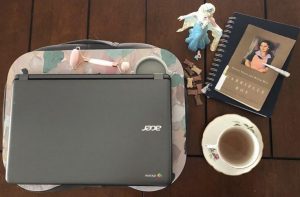 My book, Fuse, is about the prevalence of mental illnesses in biracial women. The book dives into conflicts and uncertainty surrounding the bi-racial female body and identity, especially as it butts up against the expectations of each culture.

That’s the more academic explanation, anyway. My work is about race, body and identity fluidity and how that sort of indefinable existence puts one at odds with a world that seems to demand people justify and position their lives. It’s about what this struggle has done to me, and what I have done to myself. I explore these tensions through stories about my life: my upbringing, experiences and thoughts.

I can’t tell you what jumptrack was supposed to be about now. I guess that was part of its problem: it had no substance.

But when, as part of my recovery, I started writing about my real-life experiences and stripped down the fictionalized parts of jumptrack to their bare bones, I realized there was a lot of substance there. Enough to choke on.

And trust me, I did choke on it.

I spent the next few years writing the book, slowly, because you know–kids, life, excuses. I found that I worked thematically as opposed to chronically, which made the narrative tricky to order, but with the help of a highly-recommended editor I hired with funds I’d received from an OAC grant for the project, I worked it out. And with the encouragement of friends, former professors and an agent (who ended up not signing me but without whom I wouldn’t have persevered), I was ready to send the book out to publishers.

Within six months, Guernica–a publisher that specializes in publishing boundary-pushing literature– had made me an offer under their new MiroLand imprint. That’s a fast acceptance in the glacial world of publishing, but perhaps not so fast when I consider how long it took me to be honest enough with myself to write the truth.

I haven’t given up on fiction. Fiction is a brilliant medium to explore ideas. Non-fiction, however, is the only way you can authentically explore the often murky cellular truths that constitute your real, messed up and singular life. It’s scary, to be sure, but in your fear, resist the temptation to dress your experience up as something it’s not to make it easier to accept. The layers are superfluous and they’ll only weigh you down.

Hollay Ghadery is a writer living in small-town Ontario. She has her MFA in Creative Writing from the University of Guelph. Her fiction, non-fiction and poetry have been published in various literary journals, including the Malahat Review, Room, Grain, and The Fiddlehead. Look for her upcoming book of non-fiction coming out with Guernica Editions’ MiroLand imprint in 2021. Follow Hollay on Instagram: @hollayghadery or Facebook @hollayghaderywriter.