The Laurence Prize and Lineage 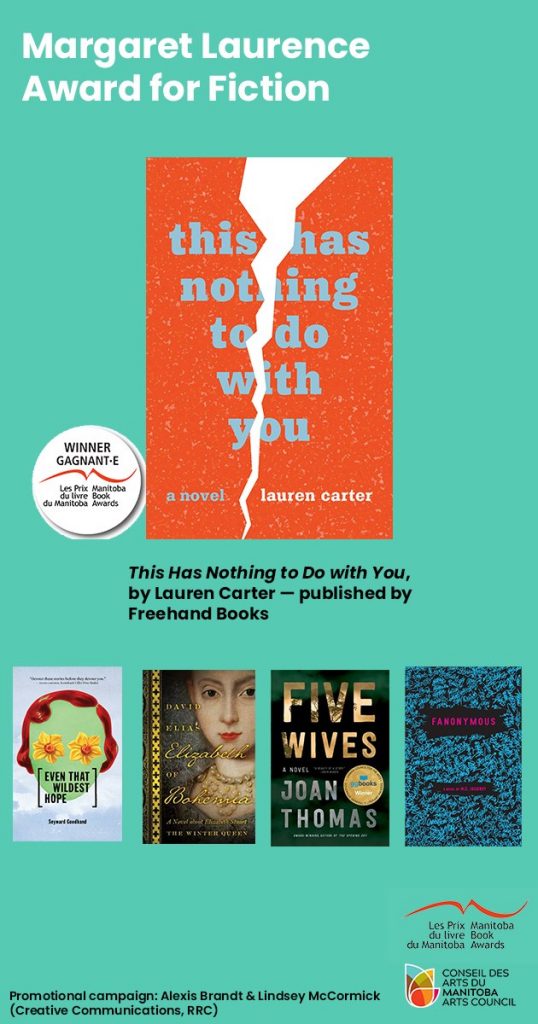 As a young woman living in Peterborough, Ontario, I never would have thought that one day I’d move to Margaret Laurence’s home province of Manitoba.

If a fortune teller had also muttered in my ear that I’d win a prize named after her for my second novel, I might have been skeptical too (yet also hopeful).

In the early 1970s, Margaret Laurence moved to Lakefield, Ontario, a village near Peterborough, where I went to university.

There, she spent three summers in a cabin on the Otonabee River, writing The Diviners. In the book, she describes the river as “flowing both ways” and it’s true.

I thought of that every time I stood on the Dublin Street footbridge that crosses its width or the wider Hunter Street bridge that leads into East City and looked down at its gleaming surface.

An angsty 20-something year old – around the same age as Mel is in This Has Nothing To Do With You – I was writing a lot of poetry and the thought of completing a novel seemed immense and scary and impossible.

Needless to say, with this admiration and respect, I’m so proud and honoured that This Has Nothing To Do With You has won the annual Margaret Laurence Award for Fiction, announced by the Manitoba Book Awards last week. I walked into some really hard things for this book and worked my butt off on it for four years. 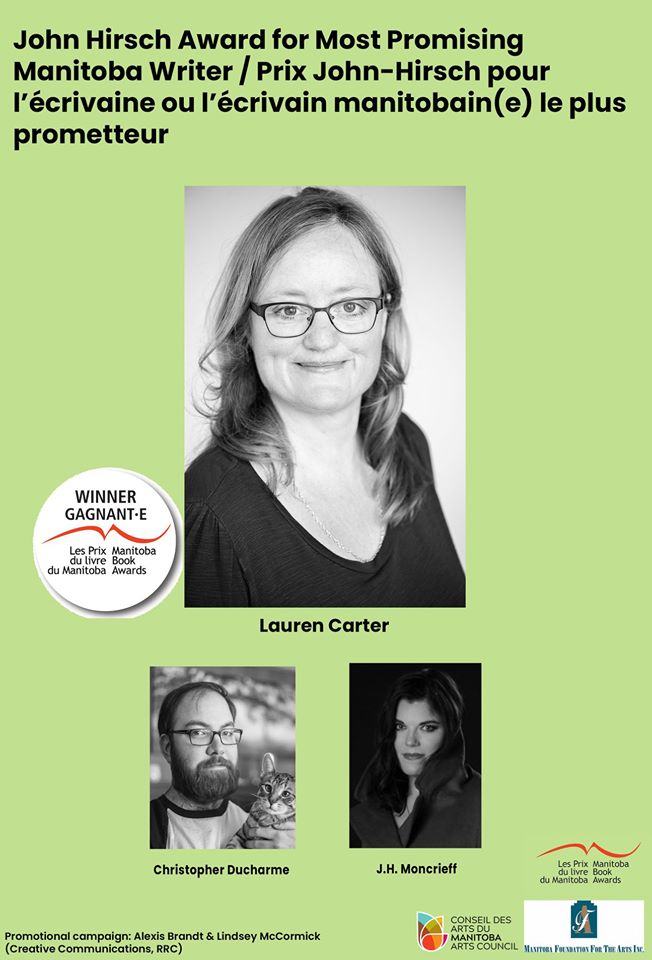 I’m also extremely proud to have earned the John Hirsch Award for Most Promising Manitoba Writer, made possible by a bequest from the late John Hirsch, co-founder of the Manitoba Theatre Centre, and its first artistic director from 1958 to 1966. This prize is selected by a jury of senior members of the Manitoba writing and publishing community.

To them, to John Hirsch and his family, to Margaret Laurence, to the Manitoba Arts Council, to the Book Awards, to the amazing Freehand Press and Kelsey Attard who published the book, to fellow writers, and, of course, to readers, I say a deep, deep thank you.

And to all winners and nominees, my congratulations! We are a province rich in creative work and stories, both ancient and contemporary, and I am so often grateful that I ended up here and have the privilege of calling this place on Treaty One territory my home.

Do check out the other writers and books, right here.

One such creative gem in the fabric of our community is At Bay Press.

This spring, they’ve published writer Brad Smith’s new novel, The Goliath Run, which will be featured tomorrow on my Pandemic Response Reading Series. It has been described as “a fine-tuned attack on the extremes of Donald Trump’s most rabid supporters” by Arthur Ellis Award-winner John Lawrence Reynolds, so you won’t want to miss this reading!

Brad will be joined by M.C. Joudrey, publisher at At Bay Press, and a writer, along with guest host Ariel Gordon, essay writer, poet, and publicist at U of M Press. You can expect an evening of discussion about Brad’s book, publishing. small presses, and the influence of the pandemic and current politics upon all of it. Do join us! Register for this event right here.