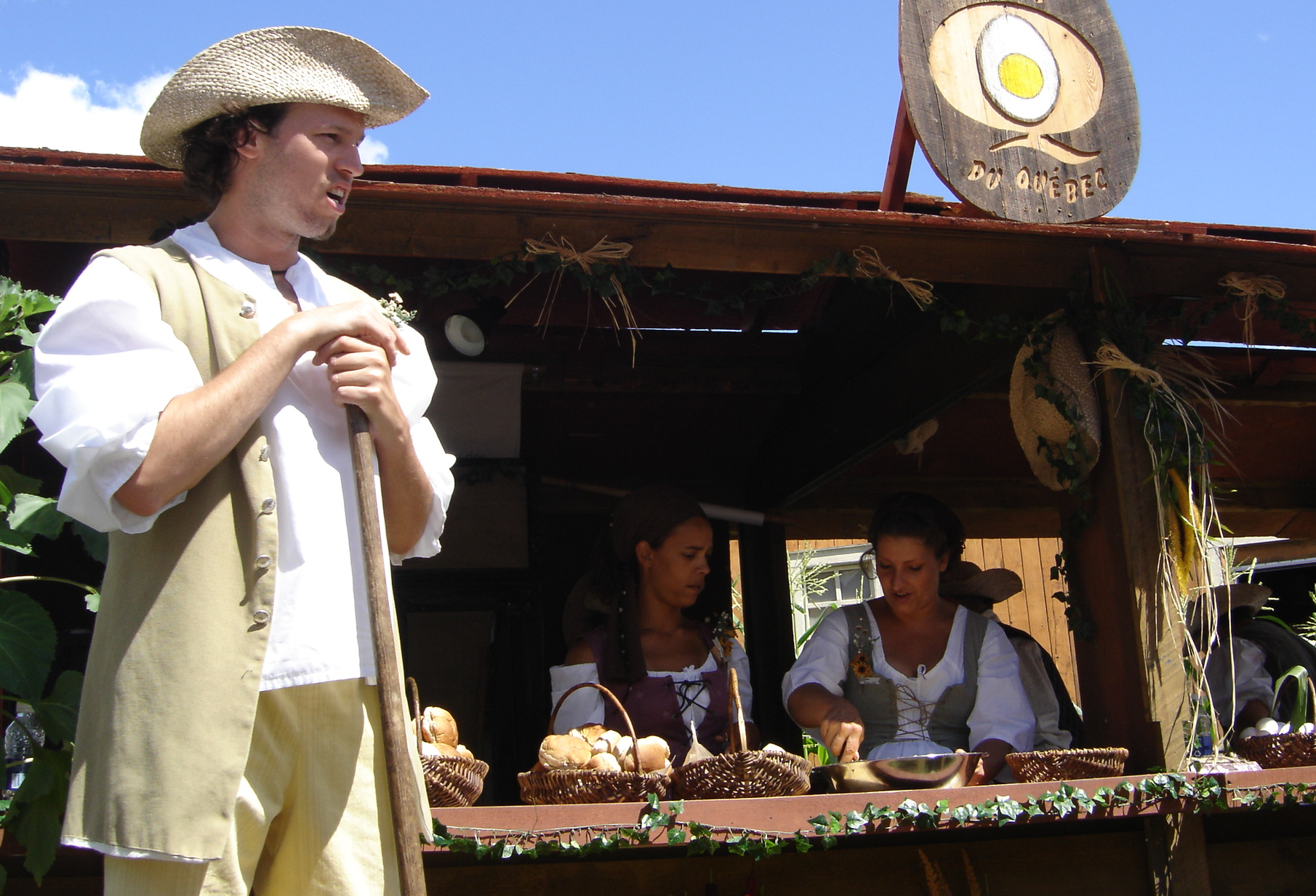 Across the invisible border, the land is no different and the money is the same but for anyone who thinks that Quebec doesn’t demonstrate a distinct culture, I have one thing to say: get thee east, young man (or woman).

Deep within the province that saw some of the earliest occupiers set up shop lives that trademark joie de vivre that is evidence of a people who have never lost their love for the good life. And why should they have? After all, the place was French for a good 151 years before the British climbed the cliff and took over.

We should all thank the gods of history that the Brits didn’t succeed sooner.

What we’re left with, 399 years after Samuel de Champlain settled in Quebec City’s Place Royale, is a place where good food rules, fine vintages are appreciated, and people easily embrace the enjoyable accoutrements of being human.

Early this August, I took part in the celebration of the roots of this culture at the 11-year-old New France Festival. In the aforementioned once-dirt, now-cobblestoned square where a bronze bust of Louis XIV stands, rowdy crowds gathered at booths serving samples of French wine. By the oldest church in Canada, a woman dressed as a bar maid pulled on a beer tap, hollering humorous insults to the crowd in French.

Deeper down in Lower Town, the absence of corporate signage was obvious in the festival’s food market. There were no typical fast food vendors here. Instead, under wood-shaded booths with minimal signage, singing and shouting French Canadians served skewered small potatoes, cobs of sweet corn, spicy barbecued chicken, two-year-old cheese and rabbit rillette.

Incredibly tasty, this trip back in time brings the truly French heritage of Quebec fully to life – a history that will be celebrated next year at the best and biggest birthday party Canada’s ever seen. It’s one you really won’t want to miss.