I passed my one-year knitiversary rather quietly.

Facebook spat up a reminder, showing me the blog post that I wrote about beginning to learn, after I started taking classes in Calgary last spring while living there on a residency. It was very strange to click back and see the image of that first cowl that I made.

I was so proud of it; I thought it looked so great. Now, since I’ve learned so much, I can see all the errors: the accidental yarn-overs, the shifting width. Not that my pride in it was wrong. To finish that thing, when half the time I’d no idea what I was doing, was an accomplishment. I could have given up, but I didn’t. I accepted all the errors that I would inevitably make, because I wanted to learn. And learn I have. 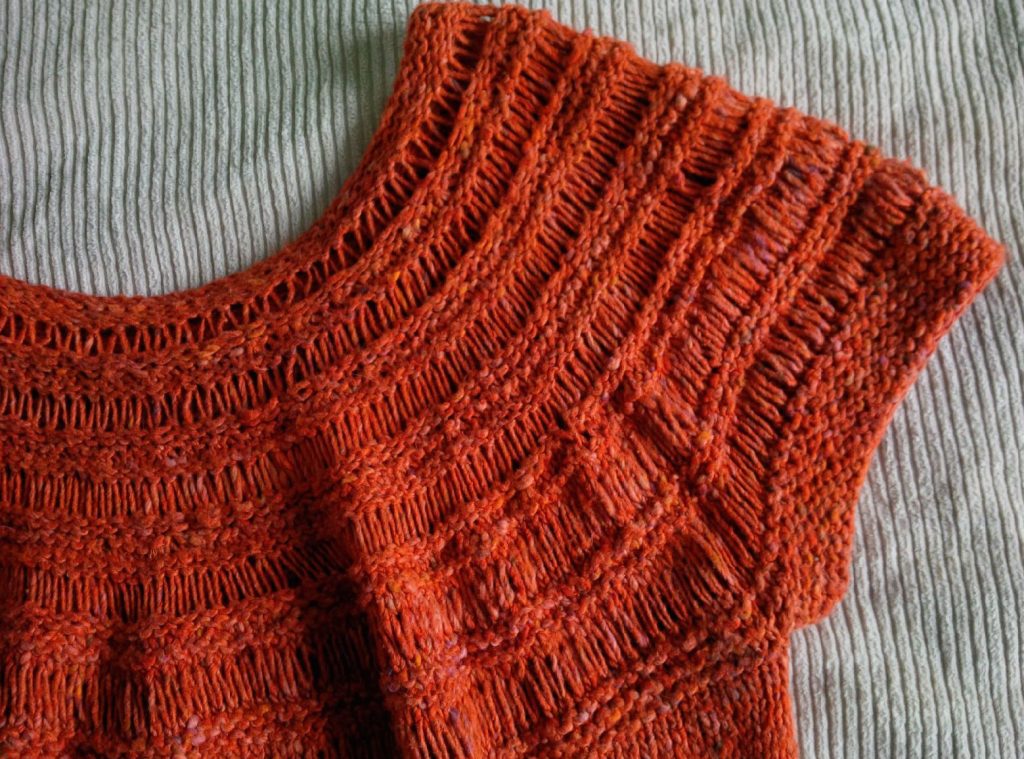 There was my lace scarf binge, and then I started garments and last week, I finished my third sweater (well, a t-shirt, actually, but same concept), and I’m now knitting a cabled hat with a cabled brim that’s supposed to be for chilly nights in our tent in the Highlands (although I’m still not sold on the colour: J. says he thinks it’ll be good if we get lost and need to flag down some rescuers, which doesn’t exactly help with the convincing…) 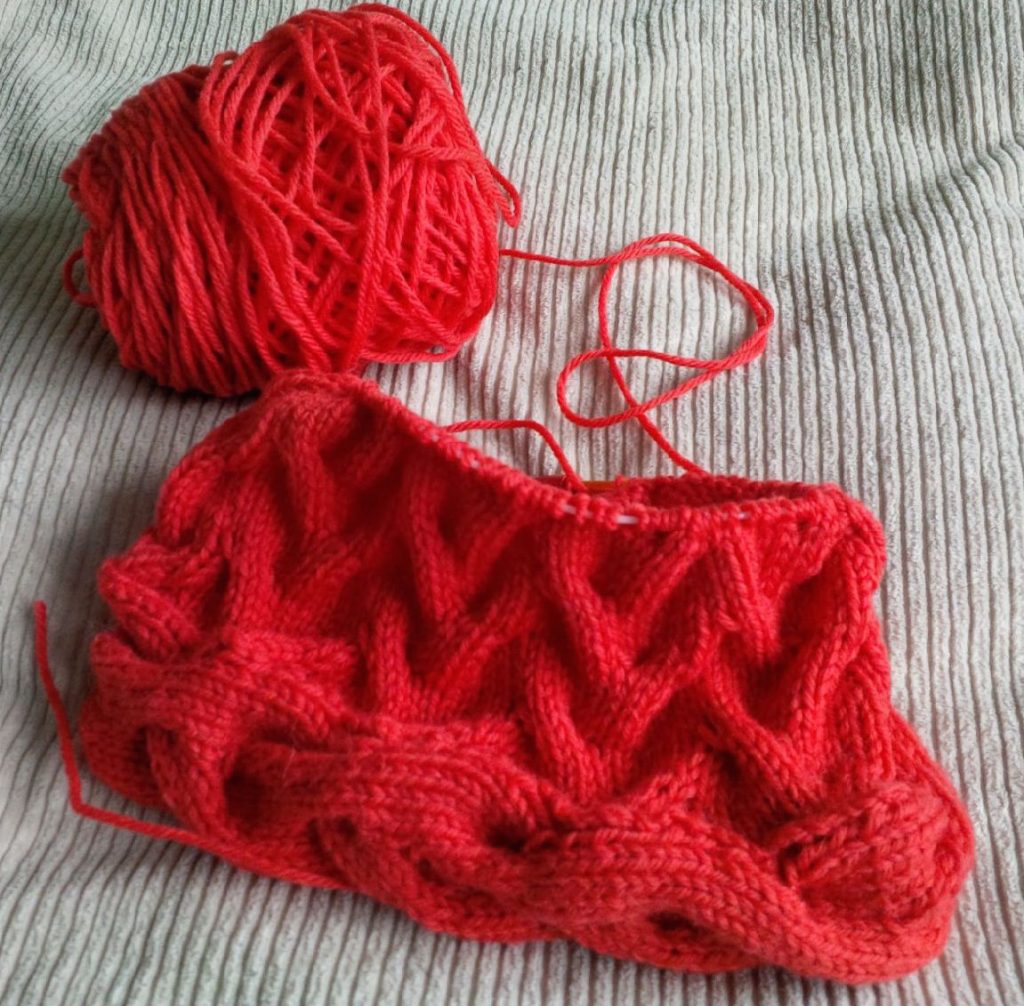 Maybe green would have been a better choice…

Over the past twelve months I’ve pondered a lot how this happened: how I suddenly found knitting, how I fell so deeply for it.

It happened in the wake of my step-father’s sudden death, when I phoned my mother while walking by the river in Calgary and said, It’s spring… and Ulrich’s still gone.

Maybe I needed it to address my grief; maybe I simply wanted something other than writing-stuff to do in a strange city, without spending a ton of money (ha! tell that to my stash…).

Maybe I needed a way to alleviate the city tension, living in Calgary, far from my quiet corner of the world. 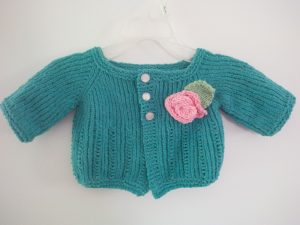 I suppose the reason doesn’t really matter because the truth of it is – no matter how I found the hobby or how it found me – I love it.

Every now and then, I’ll look up from my needles, from striking order with string, building pattern with beautiful yarn, and effuse to J.

Knitting makes me happy, I’ll tell him. Because it does.