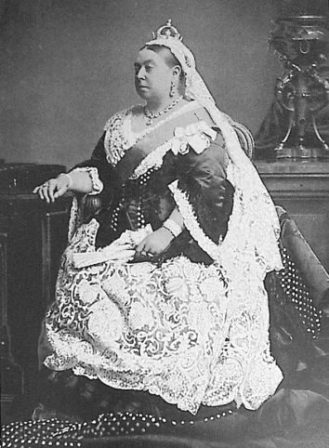 Here in Canada, despite our long-standing sovereignty, we continue to celebrate the birthday of royal monarch Queen Victoria. Known affectionately as May 2-4 (get it?), the long May weekend, which just passed, always reminds me of those oh-so-brief relationships that peppered the tedium of high-school.

You know the type. For weeks before actually getting together, the spirits were drenched in infatuated anticipation. A butterfly broke lose from its chrysalis every time he cast a glance your way in chemistry class. And then, the moment came. You got together with some sloppy dance-floor kisses, only to quickly discover in the coming days that he was either a) drunk, b) actually seeing someone else, or c) really, really into hockey.

We spend so much time waiting – a whole white, frigid winter – for the first weekend of summer and nine times out to ten, those three precious days are still bogged down by bad weather. This year, the annual May 2-4, proved again disappointing.

J. and I had great plans. We were going to head out into the wind for an overnight with my mom and step-dad on our co-owned sailboat. Only problem, the wind would have knocked us flat, to then be pounded by rain, to then be frozen solid by the plummeting temperatures.

Sailing plans cancelled, we were still obligated to bring the canine baby to the kennel. So, we dropped him off and ended up at what we call commerce-land to catch a matinee.

Unfortunately, everybody else in town had the same thought.

We got advance tickets for the early evening show, grabbed a disappointing bite to eat at a nearby cafe and ended up taking advantage of our dog-free time by, um, wandering the aisles of Future Shop, Home Depot, and, yes, I admit it, Walmart, where we purchased a Pyrex measuring cup, some smaller measuring cups and fish hooks. J. also romantically squired me into a Dollar Store where we cruised the craft aisle and he bought a single square of yellow foam and some beads.

After killing those couple hours, we ended up watching that new Patrick Dempsey rom-com, Made to Honor or Made of Honor, or whatever it’s called. Despite the clutch of teenage girls actively pretending they owned the place in the back row, it wasn’t all that bad. The best part? Both the stunning Scottish scenery and beer, afterwards, at a downtown pub where we talked about the movie, writing and extreme wrestling. Mostly.

Once I was stuck in a small village in Argentina with nothing at all to do. So I went to a movie. A scrawled sign on the outside gave the ticket price for something like “a man and his family.” I’m not sure what I paid for the film – that Nicolas Cage one, where he wishes he was single and wakes up into an alternate life without his family – but it was fun and gave me a break from both my solitude and my book.

Yesterday morning, lying in bed finishing up a Jane Austin novel, I realized that sometimes, no matter where you are, no matter what high hopes you have for a holiday, what exotic food is appearing on your plate or what language floats through the air around you, plans just don’t work out and life becomes, well, boring. Back before we had the privilege of easy travel, it was that way more often (especially for women who couldn’t randomly announce they were leaving the children and the spouse to go shoot something in the pastoral countryside and had to rely on needlework to vigorously stab away the time).

That’s just the way things are.

Book finished, I got up and weeded the garden and felt a bit better. And, hey, no matter how many disappointing, sloppy kisses the weekend gave us, it’s still a four-day work-week and nobody can be annoyed by that (well, except maybe Queen Victoria, who, in all her portraits, never really seems happy about anything at all. Maybe she was sick of all that needlework).