Lately I’ve been a bit obsessed with food. 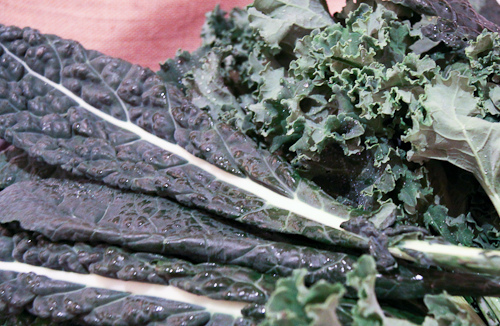 I think it’s because of the fact that I can’t have a craving for stuffed grape leaves and go buy the canned version or pick up fresh lobster on a whim. And forget about goat’s milk, which we used to drink all the time. It’s soy or Lactaid now (at $7/2 L carton). I miss it so much I dreamt the other night that we bought a goat for our personal supply.

Gluten free pasta also doesn’t seem to be available (although to be fair someone suggested me today that I check the health food store which in itself is a bit of a mystery – apparently it’s downstairs at a main street location that doesn’t seem to have a sign). Until then we have a few packages to tide us over (my mother mailed us some).

I do love to cook and especially to eat but that interest has lately led me to re-watch Julie and Julia, catch up on the early episodes of The Taste, and tuck into Top Chef Canada. I also got a Group-On for the Fresh 20, a year-long subscription service which sends you five recipes every Friday and a shopping list of the 20 ingredients you’ll need.

This week is Mexican(ish) week so I set out this morning to find all the ingredients I needed, including turkey, spaghetti squash and kale. At Extra Foods I found avocados that looked weary and hard from their long journey and wandered the produce section longing for those days of grocery shopping in Orillia, with the lovely array of dandelion greens, arugula, beet tops, swish chard, kale… None of those are available at Extra Foods, except arugula, in one of those plastic-boxed salad mixes which I suppose travel quite well.

But I did find it: the kale, that is, and, also, the spaghetti squash. They were both at our other, independent grocery store, The Grub Box. People tell us both the meat and produce are better there and I learned that last week when I held up a bunch of parsley at Extra Foods that resembled a July tomato seedling that never made it into the earth. The Grub Box has fresher parsley; they also have cilantro. And, they had my spaghetti squash and the kale.

A fist-sized bunch of it for three bucks.

I don’t know the ins and outs and whys and hows of what we can get and what we can’t. I’m hunting now for bouillon cubes that don’t have hydrogenated palm oil and monosodium glutamate in the first five ingredients.

And this might sound strange but I’m rather frustrated with the ground turkey situation. Weirdly, neither grocery store seems to have it (unless it sells out super-fast… which would, in itself, be pretty odd). But I’ve still got one final option: the butcher just outside of town where J. and I need to pick up our next five-pound bag of locally caught pickerel (some good food news).

One thing I know they don’t have here: fantastic sushi, great Thai food, good beers on tap. I don’t mean to be negative but isn’t it always when you no longer have immediate access to something that you really, really, really want it? This is a human truth that might actually explain my current addiction to watching a bunch of stressed-out chefs compete in challenges like making a to-die-for sandwich and a perfect hollandaise.