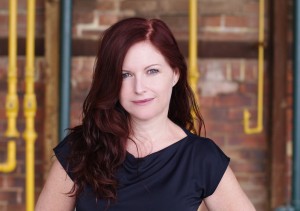 I’m an author who’s written poetry and fiction and the occasional piece about water and the environment. I’ve written one novel – Above All Things, based on George Mallory’s final expedition to Mt. Everest, and most recently a collection of poetry called Arguments with the Lake, based around Marilyn Bell’s swim across Lake Ontario. I’m the Poet Laureate of Lake Ontario.

How did your book inform you?

It’s funny, because obviously a writer informs their book. Their beliefs, thoughts, ideas consciously or unconsciously find their way into the work, but I was much more surprised that  working on Above All Things informed and changed me.

When I began to write I pretty much hated physical activity and the cold and knew nothing about climbing or endurance sports. 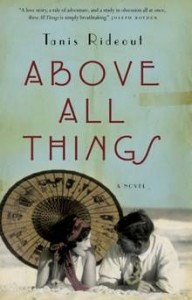 Over the course of the novel I began climbing once in a while at the gym, initially as research, to see how it felt – but it turned out that I quite liked it! I also started running and ran my first half-marathon not so long ago and had my first experience trekking at altitude, all thanks to the work on the novel.

Beyond that there are ideas and thoughts that my characters express, that I have begun to take on as my own. The book, turns out, has been a real influence on who I am, who I’ve become.

This was a total shock to me. I can’t wait to see how the next work changes how I see things, how I think.

What got left on the cutting room floor?

So much gets left out when you’re editing. In order to make character arcs work, plot function, pacing do what it should, and to stick to the point(s) of view that the work is in things inevitably get left behind.

George’s sexuality was explored much more thoroughly in early drafts of the novel and I’m sorry that I was unable to make it work more explicitly.

There’s also a wonderful story about Sandy Irvine, well, his sister, that I would have loved to somehow work into the novel.

Sandy’s sister was supposed to be writing her final exam at college when the news hit England that her brother had disappeared on Everest and was presumed dead. A few of her friends heard the news first, and so they showed up at her rooms to kidnap her – they bundled her into a cab, pretending it was a great joke, threw a blanket over her head so she couldn’t see and sent her into her exam. When she came out they were still there waiting for her, and told her what had happened to her brother and then sent her home to her family. That story kills me. Everyone has their own story, which is so obvious, but there’s also such a kindness to that story.

There are so many ripples out from the main arc of a novel, you can’t follow them all.

What is the most surprising response(s) that you’ve had to the book?

Well, that it’s had any response at all has been pretty surprising, but specifically I’ve had a few people contact me that really generally stunned me – a Colonel in the US military emailed me to say he’d read the book and that he’d never written an author before, but had cried at the end of my book. That was pretty astonishing. 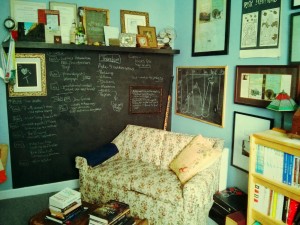 I’ve also heard from a couple of high altitude climbers, men who have climbed Everest and other mountains like her, who have expressed their gratitude for the book, because it focuses not just on the climbing, but also on the effect it has on those left behind. They were glad for that insight. That was pretty profound thing to hear.

What’s the most aggravating response you’ve had to your book or your career?

I often get these quite funny emails from seemingly older women that start out incredibly complimentary – how much they love the book etc. but then go on to tell me everything that is wrong with it.

One particular email was a list, after some kind words, of some thirty-eight or so things that I had gotten wrong in the novel, including types of birds mentioned, word usage, very, very small things. And then the writer inevitably expresses their disappointment in me, and my editor. It’s the disappointment in my editor that always aggravates me. I had the most fantastic editor and copy editor who caught so many things, that were anachronistic, or just plain wrong. I don’t think it’s possible to get everything right – and it used to be that it didn’t really matter. People believed the author, but now in a world where we can explore almost everything from our desks, it’s more and more important for writers to be factually accurate. Sometimes I think that takes the fun out of it.

I had NO idea people wrote things like this – sure, I figured people might not like the book and tell me so, but I didn’t think they’d like it and then itemize what didn’t work in it.

Quote a single sentence that you admire or wish that you’d written. What is it from and why do you love it?

Oof – this is so hard. I have no memory for quotations, or lines. I looked through some of the books I return to again and again, but I’m also not much for marginalia or underlining, something I’m trying to be better at. I thought I’d go with a phrase that I have on a poster in my office. It says Be blantent, be brave, risk everything – blatant is misspelled. I love it for its simplicity and I love it as a reminder of who and how I want to be on the page and in the world.