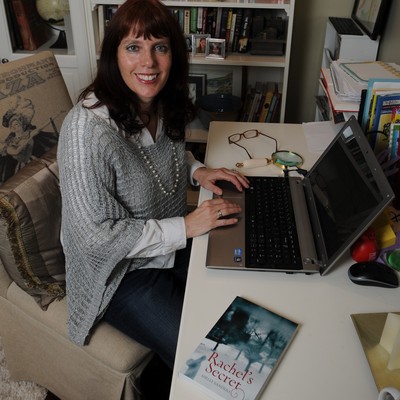 Shelly Sanders at her desk.

This month’s Firelight Interview is with Shelly Sanders, the author of the Rachel Trilogy, a series of Y.A. novels about Rachel and Sergei, two young people who struggle for a better future, moving between early 20th century Russia, China, and the United States.

I often describe myself as living “without borders” because I grew up in Canada and the United States, and have been influenced by both countries. When I was eight, we moved from Toronto to Rolling Meadows, Illinois. I still remember the day we moved, stuffed in the back seat with my brother and sister for the long drive, stopping in Detroit for McDonald’s and receiving an incredulous look when I asked for vinegar for my French fries, seeing Chicago lit up and feeling quite worldly.

We would return to Toronto twice a year to visit friends and family, giving me the unusual opportunity to compare both places. We also ended up moving to another school district two years later; until my high school graduation, I never spent more than two years in a school. This constant upheaval created the reader in me. It was easier to immerse myself in books rather than pursue friends. I became a voracious reader, especially of historical fiction, and dreamed of writing books one day that would take readers out of their worlds.

My writing is defined by my affinity for both Canada and the United States, and by my longtime fascination with historical fiction. I see the border between the two countries as a narrative, with an endless supply of characters and plots as the relationship between the two places continues to evolve. And I am driven by my passion for history – particularly little-known events and people that had big influences – to write books that stay with readers long after the final pages are read.

In addition to writing, I love spending time with my family, which is becoming rare as two of my three children are in university. I’m an avid tennis player, paint landscapes in oil and acrylics, and unwind by playing classical guitar. 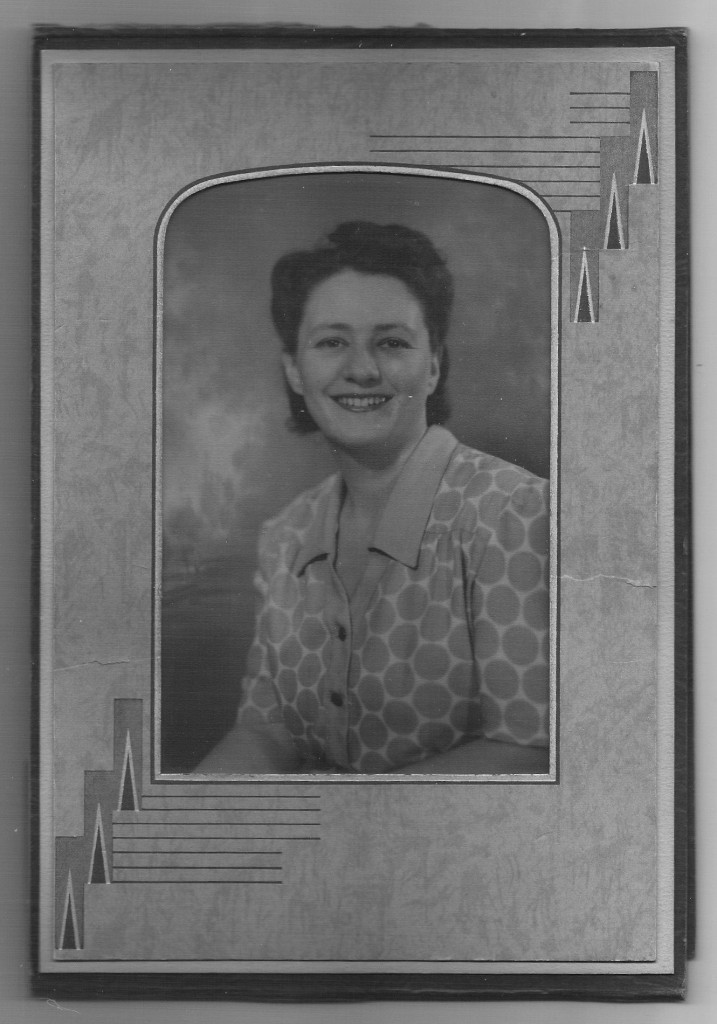 A picture of Shelly’s grandmother, Rachel Talan Geary. “I keep this photo on my desk to remind me of her courage and strength while I’m writing,” says Shelly.

Not only is the protagonist named after my grandmother, she also has many of my grandmother’s character traits—curiosity, love of learning, determination, and a desire to do more than was expected of Russian Jewish women in the early 1900s. The settings for all three books paralleled my grandmother’s tumultuous journey from Russia as well, starting with a pogrom (massacre) against the Jews in Kishinev. My grandmother escaped a pogrom years later and fled to Shanghai, which accepted Jews without papers. In my second book, Rachel’s Promise, Rachel ends up in Shanghai where she is safe, but far from happy. Like my grandmother, she dreams of going to America and attending university. My grandmother achieved her goal, making the journey from Shanghai to California by herself, attending the University of California at Berkeley, and graduating with a science degree in 1930. Similarly, my character, Rachel, travels to California in book three, Rachel’s Hope.

The ending of the first book in the trilogy, Rachel’s Secret, leaves readers unsure of what the future brings to both protagonists, Rachel and Sergei. Did you know at the time that there would be a trilogy?

I always mapped out the plot in three books, but my publisher, Second Story Press, wouldn’t make the commitment to a trilogy until they saw how the first book sold. Fortunately, Rachel’s Secret did extremely well, and was in its third printing within six months of publication. I began working on Rachel’s Promise which was published 18 months later. Rachel’s Hope came out the following year. Probably the most gratifying thing readers tell me now is that they can’t wait to see what happens to Rachel and that they read into the night to find out.

How does your background as a journalist influence your writing and the way you approach a novel?

After working as a journalist for 20 years, writing for publications such as the Toronto Star, Maclean’s, Canadian Living, and Reader’s Digest, I developed a disciplined writing habit that was essential to me completing my first novel. I am comfortable and efficient working alone at home, excel under the pressure of deadlines, and can shut out distractions like housework. One of my teachers at the University of Toronto’s Creative Writing Program, author Elizabeth Ruth, told our class that success as a writer meant “ass in chair.” She’s right. The ability to remain seated for hours, without someone watching over you, is a key ingredient to being published. Another is the willingness to accept criticism, which I had learned to appreciate as a journalist. Editors helped me become a better writer by pointing out flaws and by making me work harder and better. Good editing is what sets traditionally published books apart from those that are self-published, and I am grateful to all my editors over the years for their brutal honesty and objectivity.

Did you have to do a lot of research for these books? What is your research process? How do you integrate research?

I spent more than a year researching Russia, anti-Semitism, Judaism, and the Kishinev Pogrom before I wrote a word. My best source is the New York Times archives. For a nominal fee, I was able to read and print out copies of actual pages, including photos, from the past, giving me the details I needed to write an authentic book set in 1903 Russia. I also found an academic book about this specific pogrom, written by a professor in upstate New York. Here, I found headlines from Kishinev’s daily newspaper at the time translated into English. These disturbing words revealed the true character of the editor, who I now refer to as the “Russian Hitler” because of his headlines urging Russians to come together and rid Russia of its Jews.

Young Adult books are growing in popularity, with even adults reading them. Why do you think this genre is so hot? 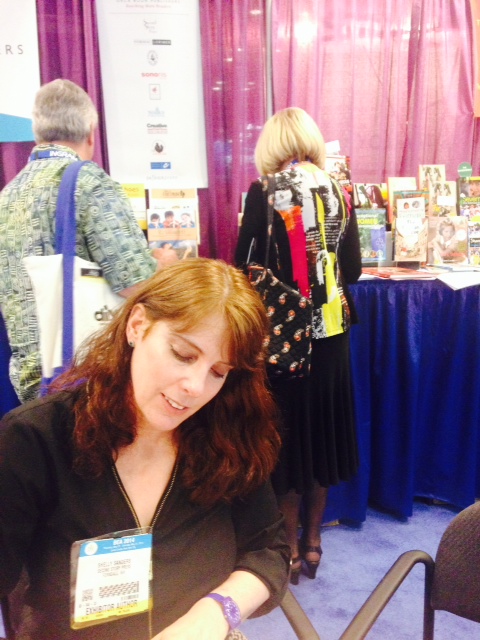 Signing copies of Rachel’s Hope at Book Expo in NYC in May, 2014

I became a fan of Young Adult fiction years before I was published, when my oldest daughter suggested I read The Book Thief. From then on, I was hooked by the plots, characters and settings. Today, Young Adult fiction is one of the fastest growing areas in publishing, with most of the 715 million books sold in 2013 bought by adults, according to a PBS report on Oct. 14, 2014. I think this category has gained momentum with adults because the books feature creative plots and unforgettable characters. And, unlike many books written for adults, Young Adult fiction is accessible yet still provides intriguing threads for readers. In the Rachel Trilogy, which is read by just as many adults as teens, the main characters are young but the issues—tolerance, corruption, freedom of the press, women’s rights, and oppression—captivate readers of all ages. I get requests to speak at adult book clubs frequently, and even know of some groups that only read Young Adult novels. This is a trend that is here to stay.

In The Rachel Trilogy, you have two protagonists, Rachel and Sergei. Why did you decide to write from both points of view and what are the challenges of doing so?

My first few drafts of Rachel’s Secret were written only from Rachel’s point of view. But it didn’t work for me. I felt it was too one-sided, another novel from the Jewish perspective. So I decided to create a Russian character, Sergei, who has been raised to hate Jews by his anti-Semitic father. This turned out to be the right decision, with Sergei evolving as a person throughout the novel, as he gets to know Rachel and simultaneously witnesses the atrocities committed by his fellow Russians. I had so much fun writing Sergei’s character, and developing his friendship with Rachel, that I decided to keep him in the following two books. The result is two parallel plots in Rachel’s Promise and Rachel’s Hope; Sergei joins striking workers to fight for better conditions in St. Petersburg (Rachel’s Promise) and finds himself in the middle of Bloody Sunday, a pivotal event in Russian history. In the final book, he’s in Moscow helping distribute illegal newspapers, defending barricades during the Moscow insurrection, and faces life in exile when he’s caught. The addition of Sergei adds significantly to the books as a whole, giving readers an idea of what was going on in Russia while Rachel struggles to get to America.

The challenges of two quite different points of view were getting into the heads of each character and writing dialogue that rings true. In the end, these challenges were worth the effort for the two protagonists make this series of books different from what’s out there, and they appeal to both genders.

You recently received a grant from the Canada Council for the Arts to work on a literary fiction novel, The Shark’s Wife. Can you give me a few details about this project?

I received a large grant as a mid-career writer to complete The Shark’s Wife, a literary fiction novel about a woman moving from Chicago to Toronto with her two teenage children. Broke, Cindy is forced to move in with her aging father, and a fresh start seems hopeless as memories fester and a shameful past threatens the family’s future. This is a story about greed, wanting it all, and redemption. Other threads include the mother-daughter and father-daughter relationships, and overcoming the stigma of depression. I’ve been working on it for about five years, but had to put it aside while working on my Rachel books. Receiving this grant has given me much needed validation that I’m on the right track.

What has recently excited you as an artist (sentence, phrase, novel, short story, play, painting, philosophical question, deep understanding about art-making)? Why do you find it so stimulating? 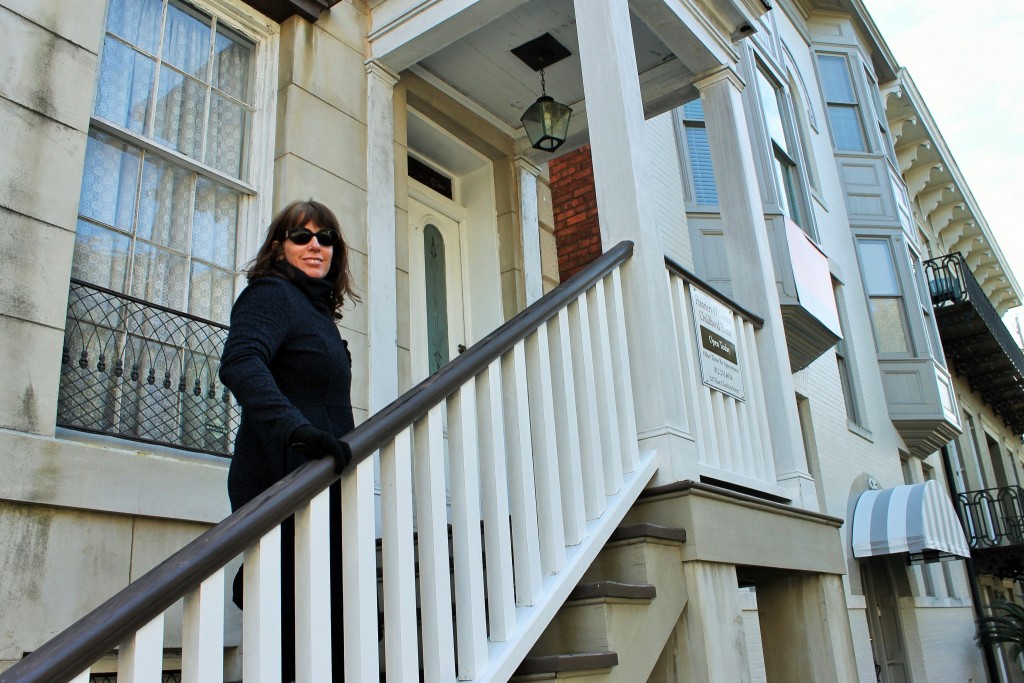 I travelled to Savannah, Georgia recently, and had the opportunity to tour Flannery O’Connor’s childhood home. She is one of my favorite authors and seeing the actual walls that encompassed her as a child, the bed she slept in, the view of the Catholic Church she disdained from her window, and the yard in which she taught a chicken to walk backwards, made me appreciate her work even more. I re-read her short stories with new eyes, better appreciated her mature understanding of racism and stereotypes at such a young age, and wondered what else she might have written had her life not been cut so short by lupus. I thought about how lucky I am, to be able to write without the burdens she faced, and was inspired to improve my skills, to dig deeper into characters, to rewrite sentences until they are exactly as they should be. And I keep a mug I bought at the Flannery O’Connor museum on my desk which inspires me with these shrewd words from O’Connnor: “The writer operates at a peculiar crossroads where time and place and eternity somehow meet.”

Next month: Victoria, B.C.’s Julie Paul, author of the short story collection The Pull of the Moon (which I loved, by the way). Read her story “Damage” on Little Fiction.