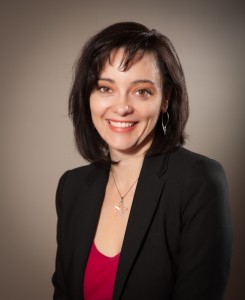 I met Calgary poet Micheline Maylor in a monastery overlooking the Qu’Appelle Valley in Saskatchewan. Sage Hill, of course.

Every morning, early, I’d wander out to the lounge to get a cup of coffee and she’d be there, awake and writing. Then, when I went to Calgary she took me on a day-trip to Banff and ferried me around town to various events in her Mini and let me love up her dog.

The author of the Pat Lowther Award shortlisted Whirr & Click, this is a writer who deeply knows poetry and who “writes poems with dash and élan, attack poems, full of desire, heart, dangerous men and revenge,” according to Douglas Glover.

A mother, a lover, a writer, a dog person, an editor, a mentor, a teacher, a fast driver, a compassionate, a horrible dinner companion, an environmentalist, a pagan, an enthusiast, a publisher, a buddhist, a spaz, a pantheist, a cusser, a scholar, irreverent bastard, a daughter, a flirt, a reader, a nerd, a night talker, a dictionary collector, a seeker, a philosopher, a wonderer. Mostly, that, a wonderer.

What do you think poets should know about form? 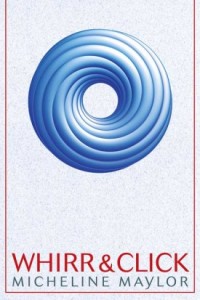 As much as possible. Poets should know forms: sonnet, tanka, oulipo, ghazal, sestina, you name it! It’s a poet’s job to know as much as possible about their craft, and it does no harm to learn more. Learning the forms gives a deeper appreciation of all forms whether or not they fit with the writer’s voice. It’s a function of learning your craft to understand and try to understand.

What three writers would you bring to a desert island?

Hemingway for sure. Someone who can kill big game and catch fish! That would be quite useful. Ariel Gordon, because she could tell me what not to eat while foraging. And Jeffery Donaldson, so I could pick his brain about metaphor and ontology. And maybe Steven Heighton‘s guitar, am I allowed to take that with me?

What would you be if not a professor and writer?

I think I would like to be a researcher, or a Sultan, maybe a chemist? How about dog breeder? Fisher? The first female presenter on Top Gear? Psychiatrist? Sultan’s psychiatrist?

What has recently turned your crank as an artist?

Two poets spring immediately to mind: the first is John Wall Barger and his poem, “The Problem with Love.” I’m not even sure if it is published anywhere. I found it here – http://montrealprize.com/anthologies/2013-long-list/ – in the Montreal Prize Longlist anthology. 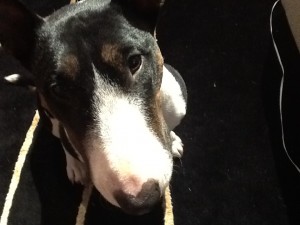 This poem begins with the lines “My brother died and I got his tarantula, “Nigger”. / Ma asked me if I was fucking man enough / and I said “Yeah” so she handed me a book, Tarantulas, Their Captive Husbandry and Reproduction, and then went back to her TV shows. / Nigger the girl spider lived in a fish tank . . .” and it goes on.

Well, first of all, there is so much in those first few lines! The word tarantula after the brother dying is one shock and then the smack of the contemptuous name of the spider! The lines just continue to gather impact as the gender roles come into play. The poem continues on to a love affair with the spider and then its eventual slaughter at the hands of the caregiver. I find that the language of the poem and the ironic look at love and compassion loads the poem with meaning. Eventually, Barger finishes the poem as a deeply uncomfortable, but philosophical look at love, compassion, cruelty, and desire. It’s just brilliant.