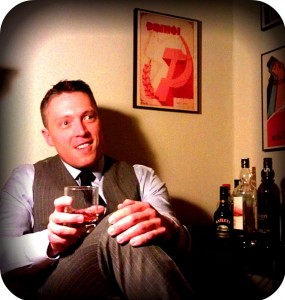 I’m Matt Lennox. I grew up in Orillia, Ontario, home of Stephen Leacock and Gordon Lightfoot. I’ve written a couple of books and a collection of short stories. I’ve served with the military in Afghanistan. I like boxing and sometimes I do carpentry work on the side. In September of this year I’m supposed to get married – provided she’s still game for it come the 6th. She’s a lawyer and she always reads the fine print and she makes me keep a budget and I love her like crazy.

While writing, do you take drugs, smoke marijuana or drink alcohol to beef up your creative imagination?

The adulterants I like while writing are coffee or bourbon. Sometimes I’ll have a glass of wine, if it’s evening, maybe around suppertime. But wine makes me feel sensual, and nobody needs to read that kind of thing coming from me, so I go back to the bourbon. I don’t drink beer when I’m writing because it just makes me sleepy.

Are the names of the characters in your novels important?

Character naming is a funny business. On one hand I hate the idea that a character’s name has to mean something or symbolize something. On the other hand, I often go through a number of names until I find the one that fits. It’s hard to describe, but it’s kind of like a sense of “yeah, he looks like a Leland, doesn’t he”. It’s purely subjective, but it’s kind of instinctive at the same time. I actually spend a lot of time trying to find the names that fit. 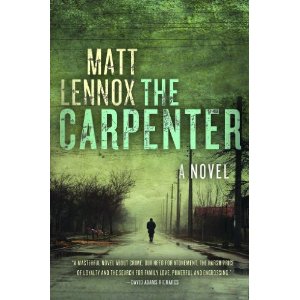 What about the titles of your novels?

Again, these are as important to me as a character’s name. Having said that, I like simple titles. Simple, to the point. One or two words, maybe three. The title should be as direct as a punch to the gut.

Are there any occupational hazards to being a novelist?

Yeah, insanity, a sense of entitlement, and a bloated self-awareness. I see a lot of writers worried more about their public identities than the stories they’re writing (poetry, fiction, non-fiction, whatever). These writers that use Twitter all the time, these writers who engage in candid feuds with other writers, I don’t understand, and I hope to Christ I never emulate.

What are the most important attributes to remaining sane as a writer?

Hmm. I’d say sex, exercise, and having a lot of other things to do. Add to that having a few good people around who can see through your bullshit and love you just the same.

If you were going to commit the perfect murder, how would you go about it?

That’s a tricky one, isn’t it, because in modern times it’s pretty hard to get away with much. I suppose, to me, the perfect murder would be the murder of someone who deserves it. And if that’s the case, I hope I’d have the cojones to do it transparently. What I mean is, suppose you have a real monster – a Robert Pickton or a Karla Homolka – and they more or less skate the justice system (actually, quite like Karla Homolka). In that case, I think the perfect murder would be one in plain view of society at large. The system, so to speak, fails to do justice, but individual retribution follows. I dunno. You walk up to them in a mall or on the street or something and you kill them flat out and then you turn around and put your hands up. But who among us, myself included, really has the fortitude to do something like that?

Generally I try to avoid inspirational quotes like they’re the plague. Any time I see “live love laugh” or some two-bit misinterpretation of Eastern wisdom, I cringe. That being said, there are a couple of things that work for me. One is Plato: “The beginning is the most important part of the work.” Well said, because getting started is usually a pain in the ass. A second quote is from Waylon Jennings: “Maybe this here outlaw bit’s done got out of hand.” He’s onto something, but it’s good while it lasts.