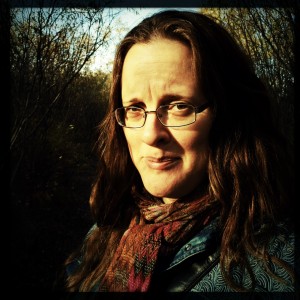 I write urban/nature poems, mostly, but also creative-non-fiction essays about trees, articles about other writers, and grocery lists.

My day job is at University of Manitoba Press, which I enjoy, because it keeps my hands in the glorious guts of books. Also, I believe in our books, which are mostly situated in the areas of Indigenous Studies, History, and Environmental Studies.

So you said that you identify as an urban/nature writer. Do you consider yourself an environmental writer? And, if so, do you think poetry is the best way to get the message out?

The reason I write urban/nature is the same reason I wear my hair long. Because it seems right.

As such, my poetry to date hasn’t had an overtly ecological bent. I’m not much of a joiner and I don’t always love artworks where the politics is at the forefront. But I’m reexamining my take on all of this of late, asking myself and others if it’s even possible to write about nature, urban or otherwise, without taking on environmental themes. 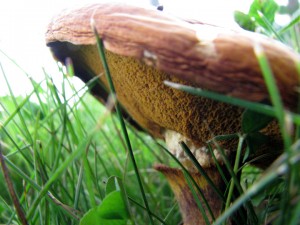 Arial’s inspiring place: “any encounter with nature in an unlikely space.” This one in a neglected arboretum in Birtle, MB

Mostly, I want my daughter to be able to go walking in the wild, easily and effortlessly, when she’s grown…

So you’ve been dabbling in humour. Whatever for? Also, how do you know you’re funny?

I’ve always relied on humour socially, sometimes not-so-nice humour. Which I had to train myself off of, because even though true-but-mean jokes were often the most deliciously funny, they weren’t kind. And one of my goals, stated loosely, is to hurt as few people as possible.

But when performing my poetry, my interstitial bits were all ha-ha while the poems themselves were not always so funny. And there was a disconnect there that people remarked on…so I started working with humour and the absurd in my poems. But I’m not looking for guffaws from my readers and listeners so much as wry grins.

How do I know I’m funny? Well, I don’t. But mostly I try to say surprising and ridiculous things and hope that they will be amusing to at least some of the people.

Do you review? Why or why not? How do you respond to being reviewed yourself?

I’m committed to writing out of community, so that means reviewing other books, talking about other books, publicly.

That said, though I have reviewed in my discipline, I mostly review fiction and non-fiction these days. It was just too hard to review poetry, both socially and otherwise. 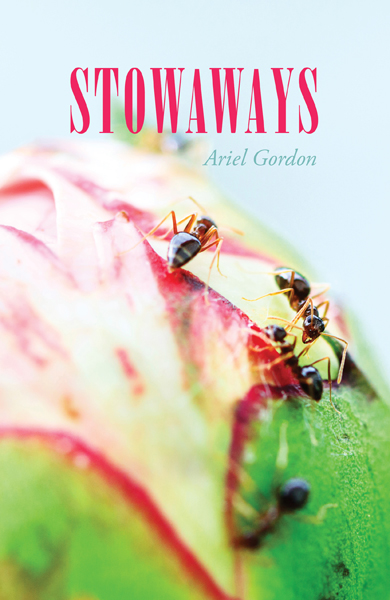 Though I believe in constructive criticism, I never want to feel like I’m pulling my punches in a review. Also, I don’t review friends, for obvious reasons. But I will interview friends about their books on my blog or talk about their work on Facebook.

I haven’t been reviewed enough to know precisely how I feel about it. I always thought the worst part of being reviewed would be dealing with negative reviews. But the worst thing is, of course, not being reviewed at all.

What’s your ideal writing set-up, in terms of time and place?

I like writing at home instead of at a café or studio outside my house. But that’s as much about the fact that I can intersperse bouts of writing and editing with laundry or starting dinner. And making endless cups of tea.

We bought our current house because it had a third-floor office. But it turns out that the office isn’t properly insulated and so is blisteringly hot in summer and cool in winter.

So I’ve got my desktop set up on the edge of our dining room table. And that seems to work fine…

Who helped you most in becoming a writer? How?

When I was in junior high, I started to share my writing with my teachers. My English teacher was a year or two away from retirement and very sure of herself. She returned my story to me drenched with red pen. And proceeded to tell me, at volume, how not one of her students, in thirty years of teaching, had ever been a writer.

I gaped at her and started taking my writing to my much-younger French teacher, who got excited about it and whose feedback was helpful to me as a young writer.

(After my first book came out, the former teacher showed up at the bookstore I was working at in her wheelchair and announced, in her imperious way, that she was here to buy my book. Like it was her penance.)

While I would like to say that it was the younger teacher’s encouragement that kept me writing, it was probably the nay-saying. I’m someone who is perversely motivated by proving people wrong…

Why are you throwing yourself such meatballs? Are you ashamed of your underpinnings?

What’s hardest about being a working writer? What’s easy-peasy?

None of it is easy. But enough of it is joyful that it’s worth keeping on.

Please share a sentence that inspires you as an artist. What is it from and why do you love it?

But I just finished Fred Stenson’s Who by Fire, which is a very plainspoken novel about a farm family living next to a sour gas plant.

And I thought the last line was something, so I’ll share it: “The shaking house, the creatures born dying, the rivers running discoloured to the sea.”