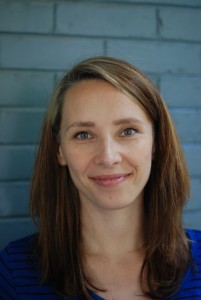 I’m Aga Maksimowska. Some people call me Aggie, my mom calls me Agusia, but most of my family and friends call me Aga, which is short for Agnieszka. I was born in the Baltic port city of Gdynia, in Poland, which is part of the tri-city of Gdynia-Sopot-Gdansk, Gdansk being the birthplace of the Solidarity movement and Nobel Peace Prize-winning leader Lech Walesa. That’s where I grew up until I was eleven. It’s also where my novel, GIANT, is set. At 11 I moved to Toronto and have lived here ever since.

I’m the mother of an intense and hilarious two-and-a-half-year-old girl who holds a pen at its tip like a 10-year-old and draws little tight squiggles resembling very sophisticated penmanship. She’s going to be a great writer. I’ve honestly never seen dexterity like that on a toddler. She must get it from her dad. She and her father give me so much unconditional love that I’ve traded much of my writing time lately to hang out with them.

Are there any occupational hazards to being a novelist?

I’m still at the stage in my career where I censor myself. I still can’t write about certain things that I would really like to write about. I work full-time as a high school teacher; there are standards, values, and expectations to uphold. A professional persona that doesn’t seem to always jive with the material I’m interested in exploring. I’m constantly fighting with this. Censorship is an occupational hazard.

Students of mine who’ve read GIANT make parallels between the protagonist and their teacher, and some are uncomfortable with the level of ‘personal information’ they learn about me. No matter how much I explain fiction to them, or to my family and friends for that matter, they can’t seem to make the distinction. “We’ve read The Things They Carried,” they say, “we get ‘fiction,’” and the air quotes go up, as if fiction is a fiction, something made up that exists only in the realm of the theoretical. I’m simultaneously thrilled at the comparison to the great Tim O’Brien and annoyed that leaps between content and writer will always be made.

I enjoy writing from life, mining my observations about lived experience and injecting them into my writing. I don’t think I will ever write differently. That’s not to say that my next novel is set in an all-boys private school; it’s not. 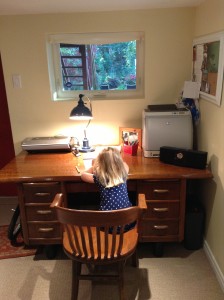 You’ve said once that teaching and writing are agreeable companions. Do you still feel that way?

I think they actually get in each other’s way. After a 10-year teaching career I have learned that the generous time off teachers get is vital to our mental and physical health. So even during holidays, it’s hard to write. During holidays teachers are best off reading and exercising voraciously, giving unconditional attention to their friends and family (no angry pile of marking on their laps to distract them). It’s virtually impossible to work on a lengthy project while teaching full-time, that is, if you aim to be an excellent teacher, which I do. I’ve been writing more short stories this past year, which is more manageable.

“Write every day,” is just not practical or possible advice for me. I write in greedy spurts.

What do you want to be when you grow up?

I want to be more patient. I want to be less angry at the world and consequently braver to stand up against the things that make me angry with the world on a daily basis, like the prevalence of misogyny in our society, for example. I want to be a more prolific writer.

My brilliant husband says this to me about this world that fills me with joy and wonder but also with sadness and rage: “If I live in a sexist* society, which I believe I do, the question ‘Am I sexist?’ is not useful. It’s more constructive to ask myself, ‘How am I asked to be sexist on a daily basis? When do I capitulate? And how do I benefit from sexism?’ It’s not a debate. It’s a reality that I have to change—we have to change—one man, and one woman, at a time.”

I want to live this change when I grow up; I don’t just want to get angry about the status quo and curse under my breath about the vitriolic, thoughtless, idiotic things I see and hear out there. I want to have the courage to be that change.

What do you consider your biggest failure?

Not being braver, not always being forthcoming about my feelings. Too often I laugh at a sexist joke while my blood cools in my veins. Too often I smile politely when told to smile instead of saying, “Sir, do you ask the gentlemen on the bus to smile as well?” Too often I stew about something, lose sleep, lose myself in front of the television instead of speaking up—or even better, harnessing that anger into writing. My biggest failure is being catatonic about the things that overwhelm me instead of using them to fuel me. 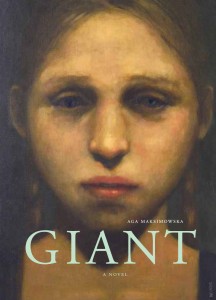 What are the most important attributes to remaining sane as a writer?

Perspective and laser focus. Not taking yourself and your writing too seriously while taking it seriously enough to produce material. A healthy engagement with and a healthy distance from the Internet and Social Media. Optimism to know that someone will publish what you’ve written and someone else will read it. Pessimism to realize the shitty first draft and the wherewithal to never show it to anyone. All these infuriatingly contradictory things that are much easier expressed in writing than practiced in real life. Easy, right? That’s why writing is the most sane profession out there.

What is the most irritating thing people ask you about your work?

In GIANT, what’s true and what’s not? As if I’m going to break it down for people, page by page: fact versus fiction. So if you’re thinking of asking me this question, here’s the only answer I have: it’s all true and none of it is true.

Sport features prominently in your novel. Are you a sports fan? Would you rather be watching the US Open tennis final, playing a beach volleyball game, or writing?

Yes, I’m a sports fan, but here’s my caveat: professional sports is entertainment; it’s the equivalent to what the circus was in the olden days. Magical, skilful, amazing entertainment.

As to whether I’d rather be watching the US Open tennis final, playing volleyball, or writing, this is like asking a mother which of her children is her favourite. So cruel. Depending on the specific circumstances, I’d say I’d always pick being outside, if it’s an option. So if there’s a game of beach volleyball that a friend has organized and the World Cup final is not on, then I’m there. But I’ve been known to prioritize a women’s tennis Grand Slam semi or final over a couple of hours of writing. This is one of the many reasons why I am not a prolific writer. Stephen King keeps telling me (in all his advice to writers) to get rid of the television, but I am just too thick and I don’t listen. 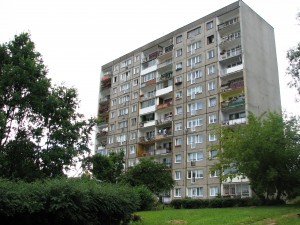 I like James Baldwin’s statement, “Artists are here to disturb the peace.” I like it so much that I’ve posted it in my classroom. It’s the only quotation I’ve got up.

I’d like to produce writing that disturbs the peace in some way, whether through challenging form and convention, or surprising the reader with its content, humour, or point of view. I’m not satisfied with just telling stories for entertainment. I’ve read so many books this summer that have been magnificent stories: absorbing, evocative, eloquent. But they didn’t shake me, they didn’t change me, they didn’t make me think about them day in and day out after I’ve finished the last page. And then I read stories that were perhaps less ‘enjoyable,’ messier, harder, more awkward in some ways, that have forced me out of myself. This is what I like. The artists that disturb the peace: the James Baldwins, the Heather O’Neills, the Roxane Gays, the Jamaica Kincaids, the Tim O’Briens. I want to write like that.