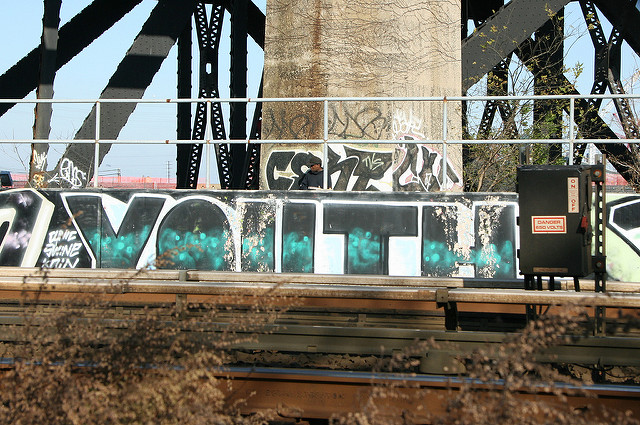 “We need a … youth complex, a youth centre, somewhere for the kids to go and hangout and have some fun,” the hockey coach in Pimicikamak Cree Nation (Cross Lake) told CBC last week.

“There are no arts, music, dance or self-defence programs, Harold Nachbaur said, leaving young people with nothing to do and nowhere to go,” the article reported.

Unless you’ve been living under a rock, you’ll know that Pimicikamak is the First Nation, some 400 kilometres north-east of The Pas, that recently declared a state-of-emergency over youth suicide. More than a hundred kids remain on watch.

This was brought up on Monday during a public hearing to discuss whether The Pas Family Resource Centre should be allowed a conditional use permit to open a brick-and-mortar youth centre on the main street.

X-Roads, the Resource Centre’s youth group, used to have a centre but it’s been years since they had a space that their teens (primarily of Indigenous heritage) could call their own, in which to do art, play music, learn dance, engage in programming or just hangout safely.

The staff and board of TPFRC have been hunting for months to find a suitable building and while even they admit that a place on the main street isn’t ideal, it’s somewhere, and somewhere is better than nowhere.

Unfortunately, the town council didn’t see it that way, despite the supporters who filled council chambers and spoke eloquently, addressing a lot of the safety, parking, and other issues that were raised.

Three of them voted for it, but three stood against (one abstained, because she’d spoken against it during the public meeting), thus defeating the motion.

Those who opposed allowing the space to go ahead reasoned that main street was not the ‘ideal’ place (see above) and that the downtown should be reserved for business. This, despite the fact, that there are about a dozen service organizations in the downtown, including the Manitoba Metis Federation and the Royal Canadian Legion and a preschool across the road from the disputed property, which had a variance unanimously approved for it less than a year ago (all of which begs the question: why is a youth centre different?).

But if it is about business, how does the need to maintain empty buildings in the hopes of attracting new shoe stores and new restaurants (both of which have opened and closed during the short time I’ve lived here) trump the needs of a vulnerable population? It also makes me wonder who these are counsellors acting for: themselves or their constituents?

Here are some statistics:

The Pas is nearly half Aboriginal.

Aboriginal youth are the fastest growing segment of Canada’s population (the average age in the Aboriginal community is just 28).

Aboriginal youth, according to Tamsin McMahon writing in Maclean’s, “are seven times more likely to be victims of homicide, five times more likely to commit suicide and twice as likely to die an alcohol-related death. A rising number of Native teenagers are in custody: in 1997, just 12 per cent of young offenders in custody were Aboriginal. Today, it’s one in three.”

And yet, according to our town councillors, we don’t need a youth centre.

In other words, what they might as well be saying, is “fend for yourself.”

The short-sightedness of this decision was obvious as soon as the motion was defeated, but I like how Paul Davidson, the president of the Association of Universities and Colleges of Canada phrased it in this op-ed for The Toronto Star:

“In addition to the moral imperative for change,” he wrote, “the future prosperity of our country as a whole depends on our ability to help young aboriginals achieve their potential and aspirations for the future. We need aboriginal youth to be fully engaged in the Canada of the future.”

A youth centre would not only give potentially disenfranchised kids a place to belong, to be invested in, to achieve their potential – it would also engage them with the future of The Pas.