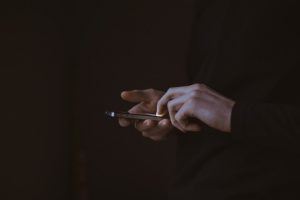 It took about two minutes of talking to a few writer friends at the Canadian Writers’ Summit last weekend before I began realizing what might be wrong with my novel.

I felt like a sponge, soaking up thoughts, ideas, writerly conversations while wandering between tents and event rooms at a muggy Harbourfront Centre in downtown Toronto. My ankles even swelled to a startling girth as my heart and brain filled up.

This is community, this gathering of kin, and it means so much to me, to my work. I have realized, over the past little while, living in the remote north, not only how much I miss it but also what a lousy (and potentially harmful) job technology does as a stand-in.

I mean, yes, if I didn’t have social media and a vibrant Facebook feed full of shared events and book reviews and news about friends’  creative processes, not to mention copyright reform and other current battles, I would feel a whole lot more isolated. But that flat screen, void of voice and flashing eyes and nodding heads and hands jotting down notes, doesn’t provide the food of physical contact that seems to be a species imperative for humans.

I like how my mom put it, as we talked in the cozy living room of her new house. “In all the opening up to the broader world, we’ve isolated ourselves terribly,” she said, although that doesn’t describe her.

A Facebook hold-out, she’s of the generation before we seemed to start expecting the Internet to answer our need for community. During the brief time I’ve been with her, mostly in her house, I’ve visited with four of her close women friends.

Back in Toronto, at some point during the conference, I caught sight of an article (probably on Facebook) about the current epidemic of loneliness.

In it, John Cacioppo, the director of the University of Chicago’s Center for Cognitive and Social Neuroscience and author of Loneliness: Human Nature and the Need for Social Connection shared some of the results from his decades of research.

As expected, loneliness is bad for us but in deeper ways than one might expect.

“[L]oneliness puts your brain into self-preservation mode,” the article reported. “From brain–imaging studies, we … know the visual cortex becomes more active while the area [in the brain] responsible for empathy becomes less active.” Lonely people also tend to see social danger even when it isn’t there.

(Hmmm… I might be reaching here, but could this current epidemic be part of what’s driving the isolationist fervour rising in Britain and the U.S.?)

It’s a problem, and it’s certainly a problem for me personally. What I know is that I feel different when I’m physically with other people who get me, when talk happens in sync with brain-thinking, when ideas are exchanged spontaneously. Relaxed, easy, engaged, inspired. Facebook isn’t bad, but I don’t think I ever feel that way when I’m scrolling through my feed. Does anyone?

Obviously I’m not alone in this, which is one of the reasons that events like TWUC’s AGM and the first annual CWS are hugely important gatherings. They’re opportunities to pull out of isolation and connect. But what I’m realizing is that once a year, for a few busy days, is simply not enough.

Because loneliness is downright dangerous. If you doubt, watch this:

So it’s time for a change. It’s time to pull back a bit from the screen, to engage more with other humans, to look people in the eyes and readjust my brain. To talk books and art and art-making and ideas over coffee or on a walk. To trust people. Who’s in?