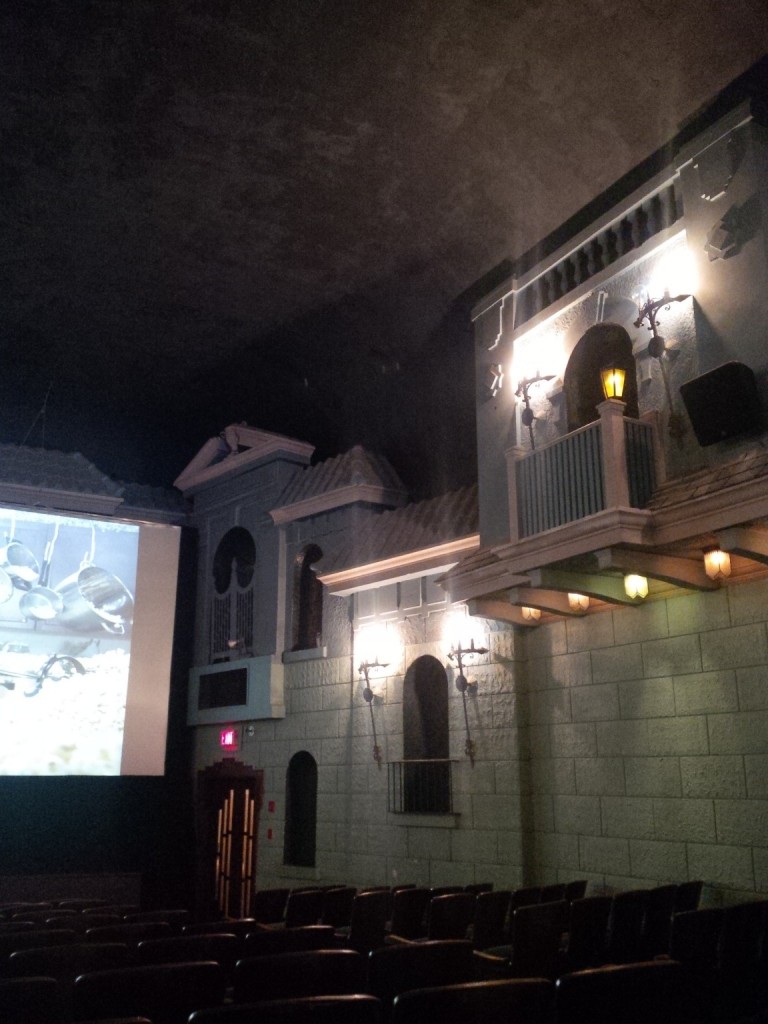 The Lido: don’t you just expect some Shakespearean lady to step out onto one of those balconies?

Last Tuesday, J. and I went to the Lido, the historic local theatre here in The Pas.

Built in 1929, the place happens to be one of the few remaining atmospheric theatres, in which an “atmospheric design transported [the audience] to an exotic European courtyard or garden,” according to Wikipedia.

In our case, we saw Jurassic World (in 3D, no less) while surrounded by an outdoor Mediterranean courtyard motif.

I tell you this because that, along with watching our dog lounging in the new plastic “dog” (read: “kid”) pool we bought him, and my ongoing knitting obsession, and my discovery of mystery writer Ruth Rendell, and the countdown to J’s summer holidays, is about as exciting as things get around here.

Yesterday afternoon, while attempting to focus on my first intermediate lace knitting project (in this gorgeous merino-silk yarn I scored for half price in Winnipeg, for those of you who are into this sort of thing) I threw on an interview with Jane Smiley, who is one of my favourite authors.

Apart from the fact that she had actually knitted the outfit that she was wearing, thereby alleviating any guilt I felt about knitting instead of reading or writing or, you know, house cleaning, I heard her say, somewhere in there, something about the life of a writer being boring (or I thought I did: listening back now I can’t seem to find it but some sort of spark ignited that idea…)

Immersed as I am in the rewrite of my novel, I am delving deeper, and that is exciting. In this task, the effort to get the landscape exactly right, the description exactly apt, the dialogue dead on, a lot of time is spent in these daydreams, occupying a place that is not here, not now.

I’m in 1986, in a small town on the Canadian Shield, by a river and a big lake. I’m in a derelict house, and another deeply disturbing home occupied by a hoarder.

And in my other rewrite, which I’m aiming to turn my focus to shortly, I’m around a large brindled Mastiff with severe separation anxiety, and in a basement apartment, and watching the television news a lot of the time, and in a library as files are slowly transferred to digital form (it’s 1994).

It’s exciting for me to be able to live there, in those settings, with those people. To hang out with them, hear what they have to say, follow their actions, build their dramas, unravel the mystery. Most of the time, it’s fun.

But when I lift my head, what do I see? 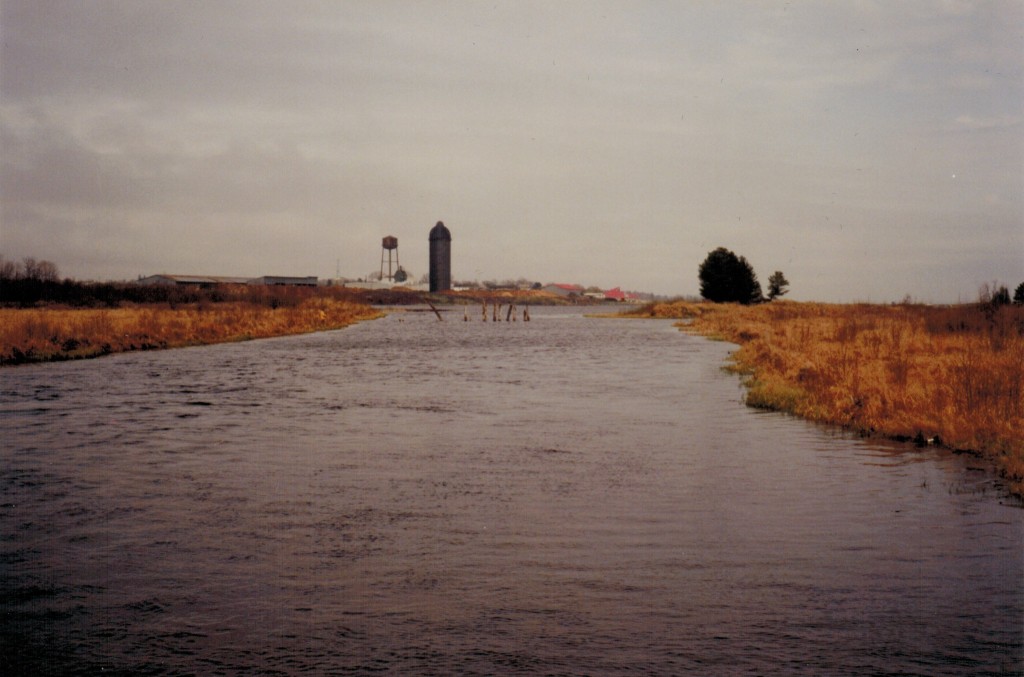 Where my head is a lot these days… inspiration for the setting of one of my new books… (hint: it’s not Manitoba)

A spider crawling over its web on the other side of my office window. The poplars blowing in the breeze. The pelicans soaring way up high, from the lake behind our house to the river’s mud spit on the Saskatchewan river, and back again. And said river, flowing on and on and on and on…

Then I duck my head again, bend over my desk, smell the lake breeze, fire up a boat, dance wildly to Karma Chameleon under strobe lights in the town bar, feel the first spring sun in April 1994 or return to my character’s reminiscences of her time in the red rock desert, waiting for her real life to start.

There are so many places to go, without ever leaving this quiet home.

P.S. I’ve got a couple new pieces out: my short story, The Great and Powerful, appears in the Summer issue of Taddle Creek, and my poem, Island Clearances, which won Room Magazine’s last poetry prize is in their new issue. You can also read my online interview about the poem and winning the prize.