Lie Down Within the Night: Behind My CBC Longlisted Poems 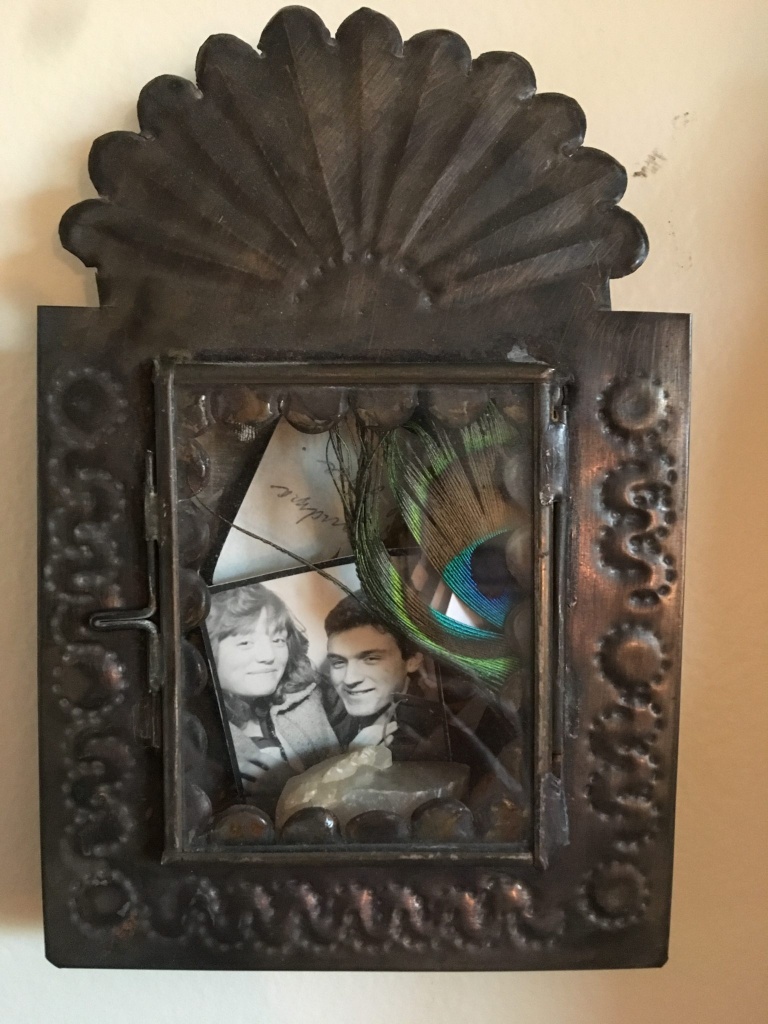 Last spring, and earlier, in the previous winter and fall, I wrote some poems about my brother.

One came in the night, in a tent, camped on the rocky shore of the arm of Simonhouse Lake that leads into Second Cranberry as J. and I were pushing into wilderness on a canoe trip.

The next day, I knew, we’d lose cell service and back home in Ontario my brother had taken himself to a hospital, been admitted. I’d talked to him; he’d told me to go, assured me he’d be all right. He wants you to go on your trip, my mother echoed as I spoke with her from a caribou calving island, two bars on my phone, the battery dying.

By the time we returned to civilization, one week later, he’d gone into hiding, disappearing for awhile, and the desperate, painful last weeks of his life began with my mother, sister, cousin and I, other family, and friends, trying so hard to figure out what was going on and to help him.

The other poems came later, after he’d died, and once I was trying, and often failing (because seriously who does well at this stuff?) to come to terms with this horrible, traumatic, unnecessary loss.

That winter I’d spent working on my new novel because I needed somewhere to put my focus and it helped me, the study of a brother-sister relationship that was not my own. Mel became my best friend, my compatriot, my fellow on this stumbling journey called grief. I miss her and hope you’ll get to meet her soon (the book’s now out on submission).

April swung around – Poetry Month – and I decided to focus my earliest morning writing time on Tim, on our relationship, on mourning and grief. I wrote about some of the dreams I’d had when he first died, magical ones, one in which he took my flying over Toronto, then pulled shoes off a high shelf in a store that would fit my smaller feet, and about him as I saw him, when I was a child, and now.

And then, I revised what I could and took the title for the suite of six poems – Lie Down Within the Night – from my epigraph, pulled from a poem by E. D. Blodgett that spoke so perfectly, metaphorically, to the process of witnessing my brother’s approach and arrival at death.

This, I submitted to the CBC Poetry Prize. Yesterday, the announcement came that they are on the longlist of 33 out of 2400 entries, sharing the stage with poets and writers I deeply admire – Harold Rhenish, Cornelia Hoogland, Stephanie Bolster, Ayelet Tsabari – and others who are new voices to me.

I’ve blogged before – back in April, actually, when I was writing these poems – about how poetry can help us say the unsayable, translate human experiences that feel too huge into something that can be contemplated, worked with, addressed, and these poems did that for me.

Staring at the numbness of grief, in the midst of dark winter, they helped me crack open which I needed to do, in order to heal or at least avoid festering.

I still need to do this, of course (I say, as if it’s a choice…) and almost did yesterday, on the air, while being interviewed by CBC radio. The question that nearly sent me over the edge was one that was asked innocently enough, but that cannot be so easily answered – What was your relationship with your brother like?

Hard and amazing and hilarious and oh-so-painful and inspiring and totally, totally unique. Above all, unique.

And these poems – this new collection – is where I’ve started exploring it all (that should have been my answer…), where I’m attempting to ask questions and find some answers, although they are always changing, as I change, as our relationship evolves.

Next week, the finalists for the prize will be announced, and the winner on the 22nd. I wish all the poets luck and, as Harold Rhenish says, for the words to keep on writing us….