I haven’t been sleeping well. My head full of stuff that needs doing as I prepare for Calgary, and too many true-crime mini-documentaries watched on Netflix. Torturing myself with stories of random violence, not without reason, for this is a theme I’m exploring in my new book.

Said book, however, is stalled, needing, I think, to be printed out and spread over an auditorium floor (preferably cat-less) so I can see the thing in its entirety. I’m looking forward to digging into it out west.

On Tuesday, needing new triggers, to write to prompts, to write with others, I went to the writers’ circle here in The Pas (ongoing since my residency ended) and when we left the library, the northern lights had started streaking across the sky.

By the time I got home, the bands were broadening, stretching all the way over our house. I shouted for J. and he came out and we watched for awhile, walking the dog around the yard.

Twenty minutes later, changed into my bathrobe and slippers, getting ready for bed, I cupped my hands to the window glass to look outside and saw that the sky had transformed.

Back on the deck, a barred owl hooting in our neighbour’s yard, I looked up at a sight that defies description.

The bands of light had turned wide and angular, like the construction of a crystal. The night sky had become a roof built of quartz, bordered by stars. It was unreal, amazing, awe-inspiring.

I tried to take pictures, but wasn’t very successful, and the aurora changed quickly to the dancing striations, the flowing glow. Kari Lacey, a talented photographer here in The Pas, caught several images and has kindly allowed me to share them.

That night, I actually did sleep fairly well, and had strange and vivid dreams. In one, I was walking on a cliff-side, through a landscape full of sand that actually wasn’t sand at all but fine ash from a volcano that went unmentioned. 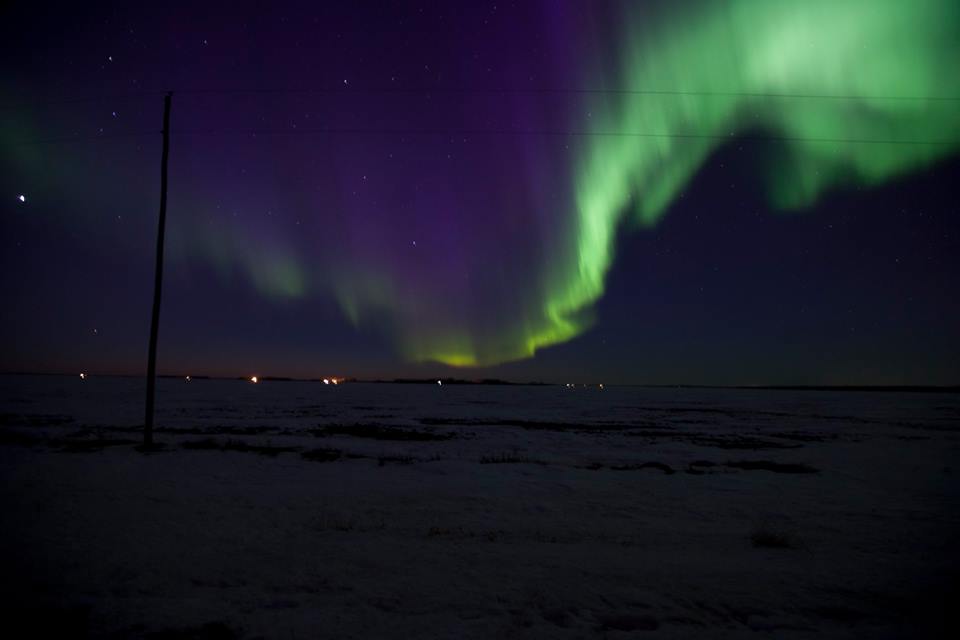 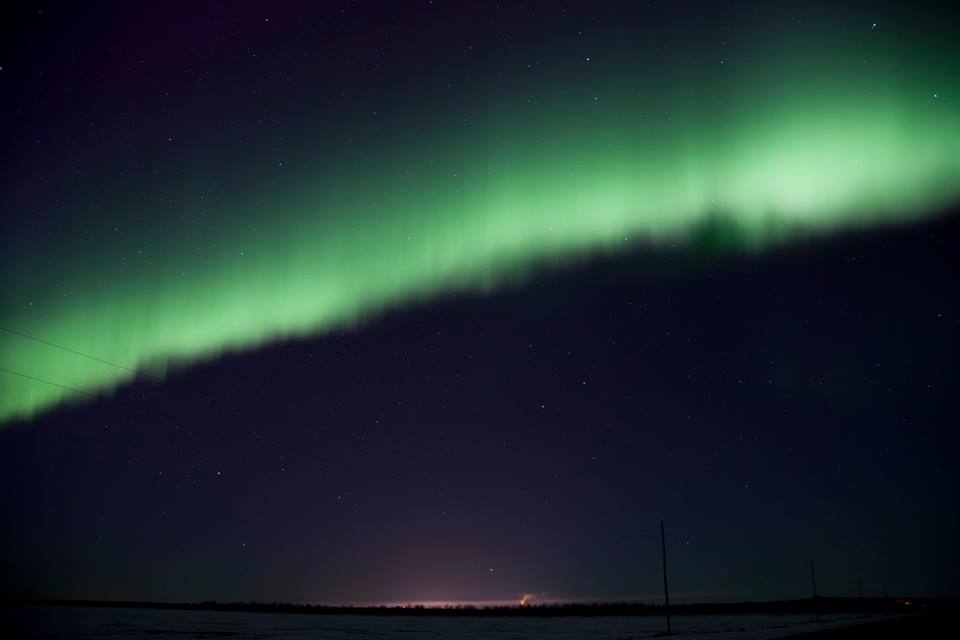 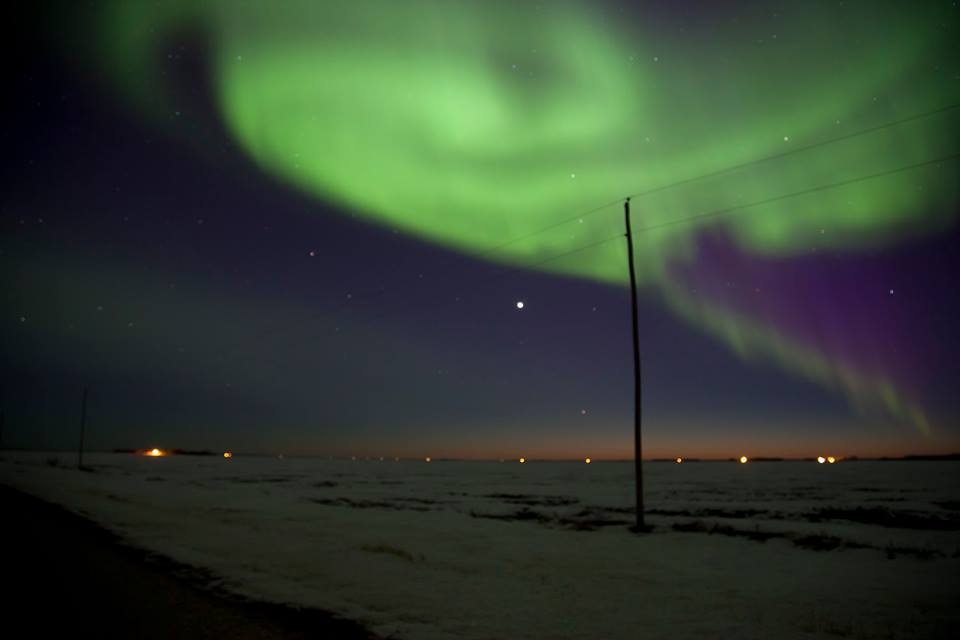 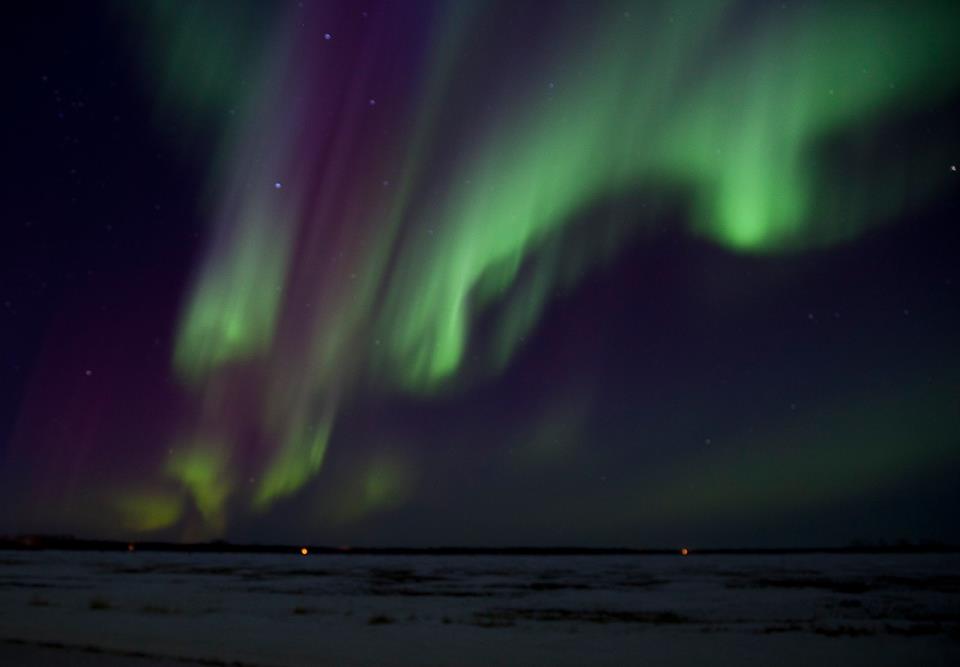