I am so excited to announce that Halifax-based writer Lorri Neilsen Glenn will be coming north to The Pas next spring (May 3-June 15) to be our second Writer-in-Residence at The Pas Regional Library, thanks to funding from the Manitoba Arts Council!

With roots in Manitoba, including The Pas, Lorri has a wealth of teaching and mentoring experience and is excited to work with both beginning and experienced writers throughout the north. I asked Lorri a few questions about herself, what she’s working on, and what she hopes to bring to The Pas, and here’s what she had to say.

Why do you want to come to The Pas?

I started high school in The Pas, so long ago Margaret Barbour was my history teacher. I love the North – I’ve lived and taught writing in several communities in northern Saskatchewan, Alberta, the NWT, and Nunavut. 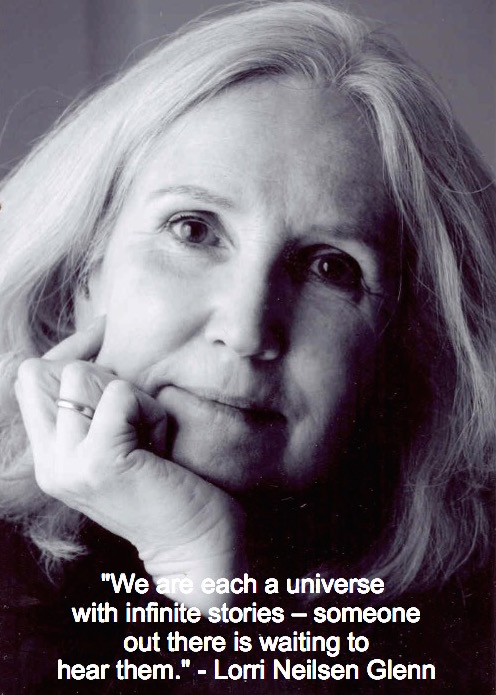 Walking along the tracks in The Pas, swimming in Clearwater Lake, playing along the river at the end of Lathlin Avenue—I have vivid memories of the area.  I’m looking forward to seeing the many ways it has changed and grown.

My two favourite things are writing and working with writers, so coming to The Pas as Writer in Residence is a dream come true.

What are you writing now?

I’m working on a book about Red River women – it combines the story of my Cree great-grandmother, who died in a fire off Warren Landing (near Norway House), with stories of other First Nations and Métis women in the area. It’s scheduled to be published in 2017. Some of what I’ve been learning will appear in a collection called In this Together: Fifteen True Stories of Real Reconciliation (edited by Danielle  Metcalfe-Chenail), coming out in 2016.

Given what I’ve discovered, I may have cousins I don’t know yet in Northern Manitoba – Kennedy, Erasmus, Budd, Couture? Interesting full-circle, too: although Margaret Barbour taught me British history, I’ve become most passionate about the history of the Red River area, and back then, it was only a short train ride away.

What kinds of teaching have you done?

I’ve been lucky – I’ve worked with writers of all ages in most walks of life and in all provinces in Canada –seniors writing their life story, Dene business people in Yellowknife, inmates in Drumheller prison, as well as lawyers, farmers, teachers, youth, social workers, you name it. The last decade or so my work has focused on poetry and creative nonfiction (including memoir and life writing), but I love working with fiction writers as well.

When I work with writers, I learn so much about their lives, struggles, stories, and gifts.

My role is to help writers find their story and the best way to tell it, not to jab the work with a red pen. Too much red-penning is why so many adults are afraid to write.

What will you do during your residency in The Pas?

My plan is to organize workshops for youth who want to write poetry, including songs and spoken word, as well as fiction and nonfiction. I’d like to offer life-writing sessions for seniors, organize readings with local writers, meet with writers one-to-one on their work, and visit schools or the university if the opportunity arises. In other words, to talk and learn a lot about writing and writers. 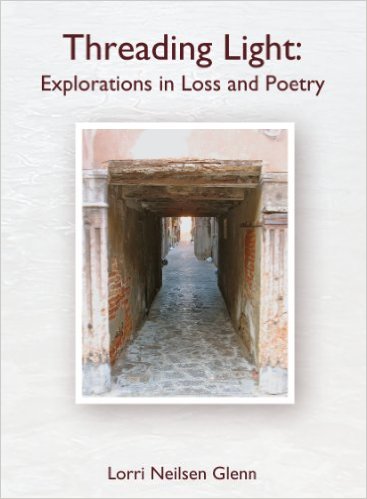 What else can you tell us about you as a writer?

My first poem was published in The Pas Collegiate Institute yearbook – then I didn’t write another one for decades! I’ve written and edited thirteen books of nonfiction and poetry. My poetry and creative nonfiction have won several Canadian awards (Grain, The Malahat Review, Prairie Fire, CV2, Manitoba Magazine Awards, ReLit and Arc longlists, among others). From 2005-2009, I was Poet Laureate of Halifax, and one of my long-term projects during that time was Wordfishing, a youth writing group that combined spoken word, songwriting, fiction and poetry.

You can find out more about me on my website, which is still under construction.

Can you give us a taste of your writing?

Sure. Here’s a poem called “Wild” I wrote when I was doing a workshop in South America.

All night I hear the birds, hundreds of them, restless,

the mountain, the cold-stone calm of the old

paper bark tree. What force opens their throats? What promise

has been broken, what currents of hope and fear

rush through those fragile bones, spring into their eyes,

batter blood through the small devices of their hearts?

Listen,
nothing lasts. Quiet can be stolen like your bag

in the street. You will soon be awake in all the wrong places,

your words snatched out of time. Oblivion is a wise

old teacher: “there is no try.” It’s all right. You didn’t get it

until this moment, did you? Wake every chance you can, join

What’s the best writing advice you’ve been given?

The more you write, the more you can write. We are each a universe with infinite stories – someone out there is waiting to hear them. Sometimes the writing is slow, sometimes it takes a lot of revising, but that’s okay. It’s the best way in the world to figure out who we are and how we are connected to each other.

More information about Lorri’s work in our community will be coming out in the winter and early spring. Connect with The Pas Regional Library in person or on Facebook and Twitter to stay informed or follow Lorri on Twitter: @neilsenglenn