J. started work at his school this past Monday and so we are back in the routine of him heading off in the (dark) morning and me staying home to… well, clean up pee, play ball, and try to do some training.

Because, yes, we got a puppy.

Since about a year after Oliver, our last dog, died in 2011 at the ripe old age of 13, we’ve been looking for a new canine companion.

Strictly rescue dog because there are so many terrific dogs out there that no-one needs to (or should) buy “new.” Just take a look at Petfinder.com.

So when the Northern Manitoba Pet Rescue announced that they had about 30 cold and hungry puppies who needed homes, how could I not email?

Right away they told me about this little three-month-old pup who’d been found as a stray here in The Pas and who needed a place, pronto!

After only six days here, we leaped in. Nothing like knowing a puppy’s coming to stay to end one’s procrastination on unpacking and cleaning up.

He’s barely house-trained, loves to chew on your slippers (while you’re wearing them) and the cat seems to hate his guts, but he’s also smart as a whip, calm in his crate, smells like puppy and, seriously, how could anyone resist that enchanting gaze?

And now his name is Mowat. 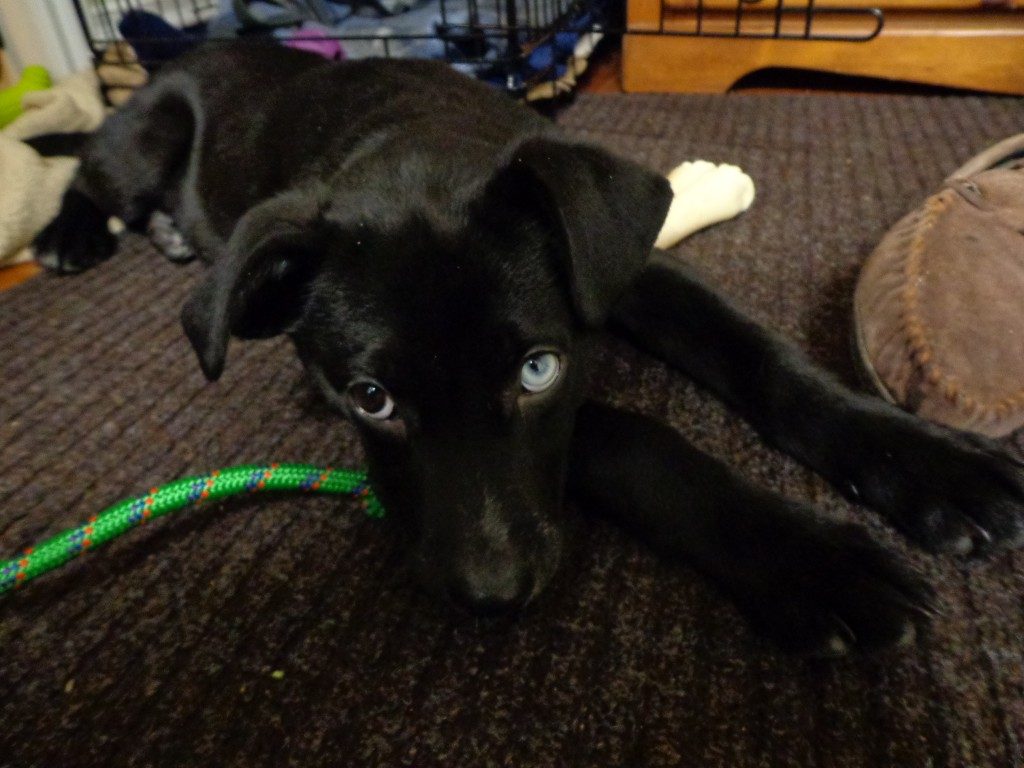