An Ode to Farley Mowat

He was 92, so he had a good long go, and wrote a lot of books, and never hesitated to boom out his thoughts about the terrible mess we humans are making of things on the earth, but I fear that the world will forget him.

My generation grew up with him. We read him in school. Like a distant, semi-famous family member, an old uncle, he was there.

It’s fair to say that, for both J. and I, our sensibilities as lovers of nature and animals and our experience as citizens of this huge, wild country with its northern reaches that seem to fade to a blur from a southern vantage point, were marked by his wisdom. 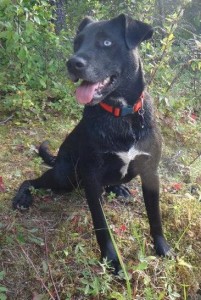 Mowat, in the boreal, with his one blue eye

We named our black dog after him, acknowledging the devilish glint in Mowat’s single blue eye and the fact that he was born on the streets of The Pas – the town Farley Mowat’s character Jamie passes through in 1935 on his way north to Churchill in Lost in the Barrens

“Five hundred miles and two days north from Winnipeg, the train drew up by a rough wooden platform,” he wrote. “Jamie climbed uncertainly down to stand staring at the rough shanties and the nearby forests that threatened to sweep in and engulf the little settlement of The Pas.”

The novel was published in 1956 and that rough wooden platform that Mowat describes, built in 1928, still stands today, although the town has more to offer these days than a few rough shanties.

Last year, we brought Mowat to the Trappers’ Festival Parade. He was a tiny puppy, taking in the world with his different-coloured eyes. A couple of kids started petting him and playing with him and their dad asked us his name. 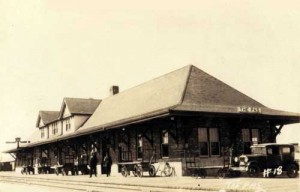 We smiled. We noticed that he was our age.

It pleased us because younger people, in their teens and 20s, looking after us at the pet store or in the vet’s office, pronounce our dog’s name like they’ve never heard it before. Mow-It, they say. Or Moet, like the sink manufacturer.

You know, Farley Mowat, I said once, frustrated, and the girl stared at me blankly.

It’s sad, but I get it. In some ways it seems that Farley Mowat belongs more to the days of back-to-the-landers and conversations about “the North” in terms of Canadian culture and the N.F.B., when the film reel of Bill Mason’s Paddle To The Sea clattered in classrooms at least once a school year.

Interesting, that, when his message of environmentalism and anti-materialism and, quite simply, love of the natural world, is more important now than ever before.

Although Farley Mowat believed in God, I’m not sure if he believed in any sort of heaven. If he did, and if he’s there, I hope he keeps an eye on us, pipe in hand, blue eyes beaming down.

For our part, J. and I are going to start giving Mowat’s full introduction – his name is Mowat, like Farley Mowat, we’ll say – and encourage the kids to get on Google and figure it out.