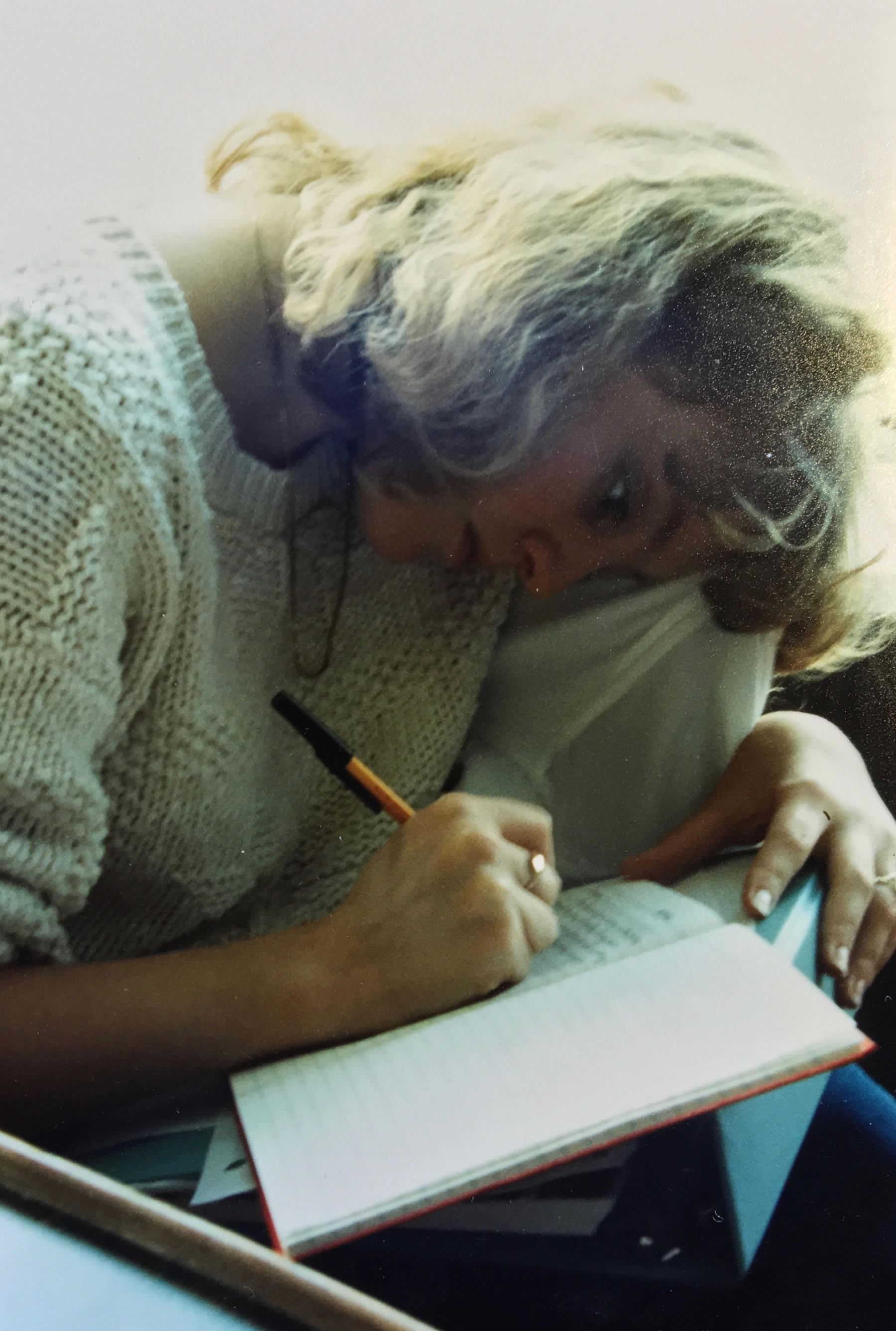 “I’ve always been a writer.”

Since reciting my first original story – The Girl with Green Hands – at the age of four, I’ve been a writer.

My mom grabbed a pen to take dictation that day but once I learned to make letters myself I quickly took to the page.

My work has also appeared in multiple anthologies, including Best Canadian Stories (selected and edited by John Metcalf) and the forthcoming Voicing Suicide, as well as most major Canadian literary journals, including The Fiddlehead, Grain, Prairie Fire, The New Quarterly, and others.

Nominated for the Giller Prize and the McClelland and Stewart Journey Prize, my fiction and poetry have also been awarded first prize in both the Prairie Fire Literary Awards and ROOM Magazine’s Poetry Contest. I’ve also been long-listed multiple times for the CBC Literary Awards, in both poetry and fiction.

I’m a past recipient of the Manitoba Arts Council’s Major Arts Award, given to Manitoba artists whose work shows exceptional quality or accomplishment.

A generous and empathetic teacher, I hold a Master of Fine Arts degree in Creative Writing, a college certificate in teaching adults, and I’ve studied creativity coaching with Eric Maisel and other teachers through the Creativity Coaching Association.

I’ve taught writing workshops across Canada and in Mexico, online to writers as far afield as Syria and California, and continue to facilitate retreats and classes.

Within Manitoba, I co-facilitate the annual, highly successful Wild Writing in the Boreal women’s retreat at Falcon Trails Resort, and yoga and writing retreats through Nourishing Roots Retreats.

All of my teaching work is designed to generously and authentically help individuals deeply connect with their creativity and meet the challenges of writing with courage, self-confidence, and curiousity. 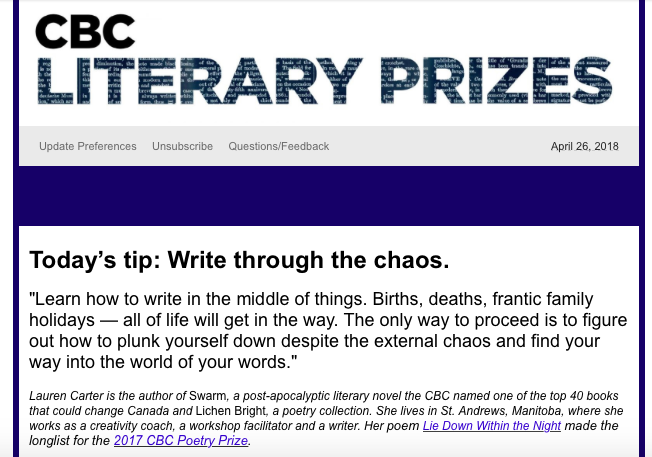 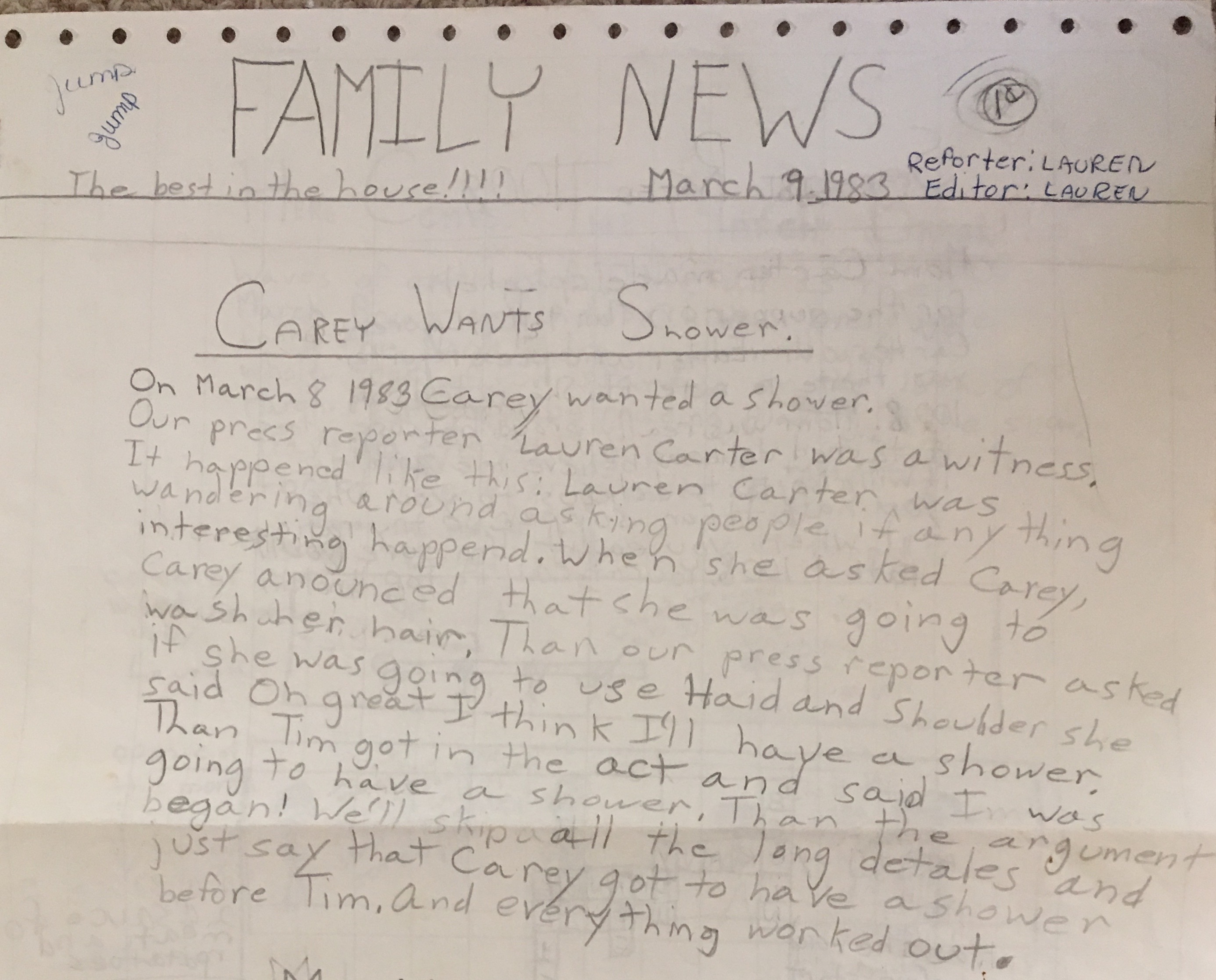 I have also written non-fiction for newspapers and periodicals, including travel articles. My stories about destinations in Canada, Hungary, Argentina, and other countries have appeared in the VIA Rail blog, National Geographic Traveler, Arthur Frommer’s Budget Travel, The Globe and Mail, The Toronto Star, The Georgia Straight, NOW Magazine, and other publications. Clips can be viewed at my freelance writing website, Copy By Lauren.

Since 2011, I’ve been blogging, and I continue to write about my personal writing process and living the writing life. Thanks largely to my personal and honest blog, my website has thrice been named one of the Best 100 Websites for Writers by The Write Life.

Want to know more? I’d love to connect with you…

Sign up to receive news – and get a free funky infographic called How To Write.