Yesterday, I drove north to the butcher’s to buy marrow bones for Mowat. They keep him busy in the wire cage he’s been living in since June, unable to roam freely around the house, until his right knee has fully healed from his second leg surgery.

On the way back into town, past the casino with the teepee out front, and the mall, and over the bridge, I listened to Anna Maria Tremonti talk with Douglas Coupland about our brains before the Internet.

This is something I’ve been thinking about a lot lately. The night before, Tuesday night, I’d spent the entire day trying to get to a book I want to read for research for a novel I’m working on, and got stuck over and over again online.

That evening, after supper, it was easier to watch an episode of a stupid sit-com on Netflix and then play a few games of Solitaire before going to bed early so I could get my mandatory hour of reading in.

As a writer, there’s a kind of shame in this: admitting that the circuits in my own mind seem to be fraying like Mowat’s cranial cruciate ligaments before they completely snapped. 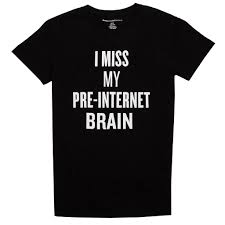 I’m not supposed to be like this, I think, nose pointed at the iPad. Stop. Stop now. No, stop now! Sometimes I get my husband to take the router to work so I can work freely, without the one detail I need to look up online leading me into hours of wasted time.

Don’t get me wrong: it isn’t that I’m not working, because I am. Every morning I write for a couple hours before leaving our bed, a place where computers are not allowed. Yesterday I entered the groove fully and managed to extend my time away from the screen to finish 24 pages longhand.

But, like most of us, I spend way more time online than anywhere else, an honour that used to go to the worlds in books, and I’m feeling it: diminished attention span, ricocheting thoughts that ask a million questions I can’t answer fast enough, the work it takes to settle into a complicated novel, resist the urge to check email, check Facebook, check Twitter, and, b-r-e-a-t-h-e, read.

This is why I don’t have a data-plan on my phone.

“What’s really happening is that, after more than 10,000 hours of exposure to the internet and digital technologies such as my iPhone, my brain has been rewired – or, rather, it has rewired itself,” he writes in the Telegraph.

“Science has a name for this process: Hebb’s Law. When neurons fire together, they wire together. It’s no coincidence that the 10,000-hour rule has recently entered our culture’s popular imagination, explaining to us that after doing something for 10,000 hours, you become an expert at it, because that’s how much time your brain needs to fully rewire itself to adapt to a new medium.”

(As an aside, I appreciate Temple Grandin’s argument in WIRED that genetics plays a bigger role than 10,000 hours of practice in who becomes ‘expert’).

And, still, there is this experience, for those of us who remember the way life was pre-Internet. That seemingly slower drift of time, days stretching from dusk to dawn with hours between the sky’s spread of orange. Time to daydream.

Back in Orillia, as an experiment, while I was working on my thesis (which became Swarm), J. and I got rid of our at-home Internet for awhile. I remember the first days of not having it: how I itched to check email, etcetera, but then grew steadily calmer, my mind quieter, focusing more readily.

What comes back to my about this time which, unfortunately, I did not write about, was sinking my hands in a sinkful of hot water to wash the dishes and looking out the window at the lavender plant, the robins, the backyard shed.

Moving through my house like my life was right there, where my feet were, not elsewhere, fragmented in a universe of code.

Is it surprising that Coupland’s limited edition I Miss My Pre-Internet Brain T-shirt has sold out?

And, still, and, yet, of course, and still: the Internet gives so much! I mean, cat videos!

I do not believe that we are doomed – and Douglas Coupland, in the midst of the interview, acknowledged that there is room for optimism.

After all, books are still being read and written (although I do recall Michael Winter once referring to book-writing as an antiquated craft, like needlework).

And in my world, the 13 to 16-year-old Internet-natives in my teen writing group meet with me every week, stare down into their non-back-lit notebooks and scrawl an actual ink-and-plastic pen across the page for two hours, almost non-stop.

They don’t even shake out their wrists and complain about muscle cramping. They barely check their cell phones. They love it, making up characters and story settings, or simply writing about their lives, and this, along with the book-and-paper-and-pen world of my bedroom, and the ability to send the router away in the car, continues to gives me hope.

What’s your experience? Do you miss your pre-Internet brain?

(In other news: I’ve also been contemplating the act of writing a whole lot lately, partly about the details we use from real life, and the damage that can sometimes do… Read my new story Stories in the current issue of This Magazine, and you’ll see what I mean.)